For longer than I am willing to admit, I did not know the exact difference between Memorial Day and Veteran’s Day. Maybe I am stating the obvious to most of you, but Memorial Day is designated to remember the 1.2 million + people that have died fighting for our country. That’s a pretty astonishing number, and one that’s hard to fully grasp. Veteran’s Day, on the other hand, is for honoring all who have served in the U.S. military.

No matter the observed holiday, it is certainly important to appreciate those that have served and allowed people like myself to enjoy a better future. We as a country will probably never agree on the reasons for going to war, but we as a country can all agree that supporting those who serve and defend is of great necessity.

Further, Memorial Day is also a reminder of the resiliency of our nation and our economy. More specifically, The New York Stock Exchange (which was founded almost exactly 224 years ago today) has endured all sorts of wars, shutdowns, riots, and other general unrest. Below is a chart showing the history of the S&P 500 since 1900 with just some of the many events that have affected our nation. Also note the grey areas denoting major recessions during that period. 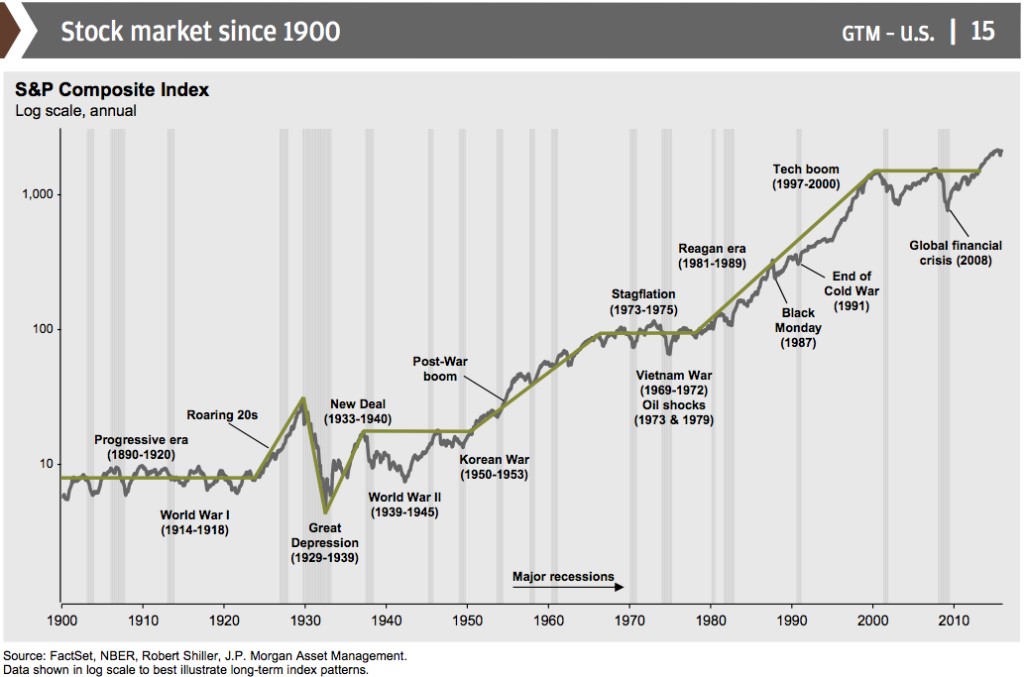 As we’ve said before, there will always be reasons for concern, but the ability of our country and economy to rebound and thrive has been proven time and time again. This is due in no small part to those that have fallen while defending our nation. So, while a simple thank you in a blog post doesn’t come close to showing the appropriate appreciation, I will still say THANK YOU to all of our military veterans, those currently serving, and their families.