Last Friday, I went to Yahoo Finance to check how the markets had done for the day and the main headline caught my eye—it read “JP Morgan: Recession risk has never been higher”.  This seemed odd to me since I had just returned from a JP Morgan analyst conference last week, and they said nothing of the sort.  In fact, they had expressed that while recession may be on the horizon, the economy should manage to muster its way through 2016 with sluggish positive growth.  So, “Recession risk never higher?”…I had to click on the link… 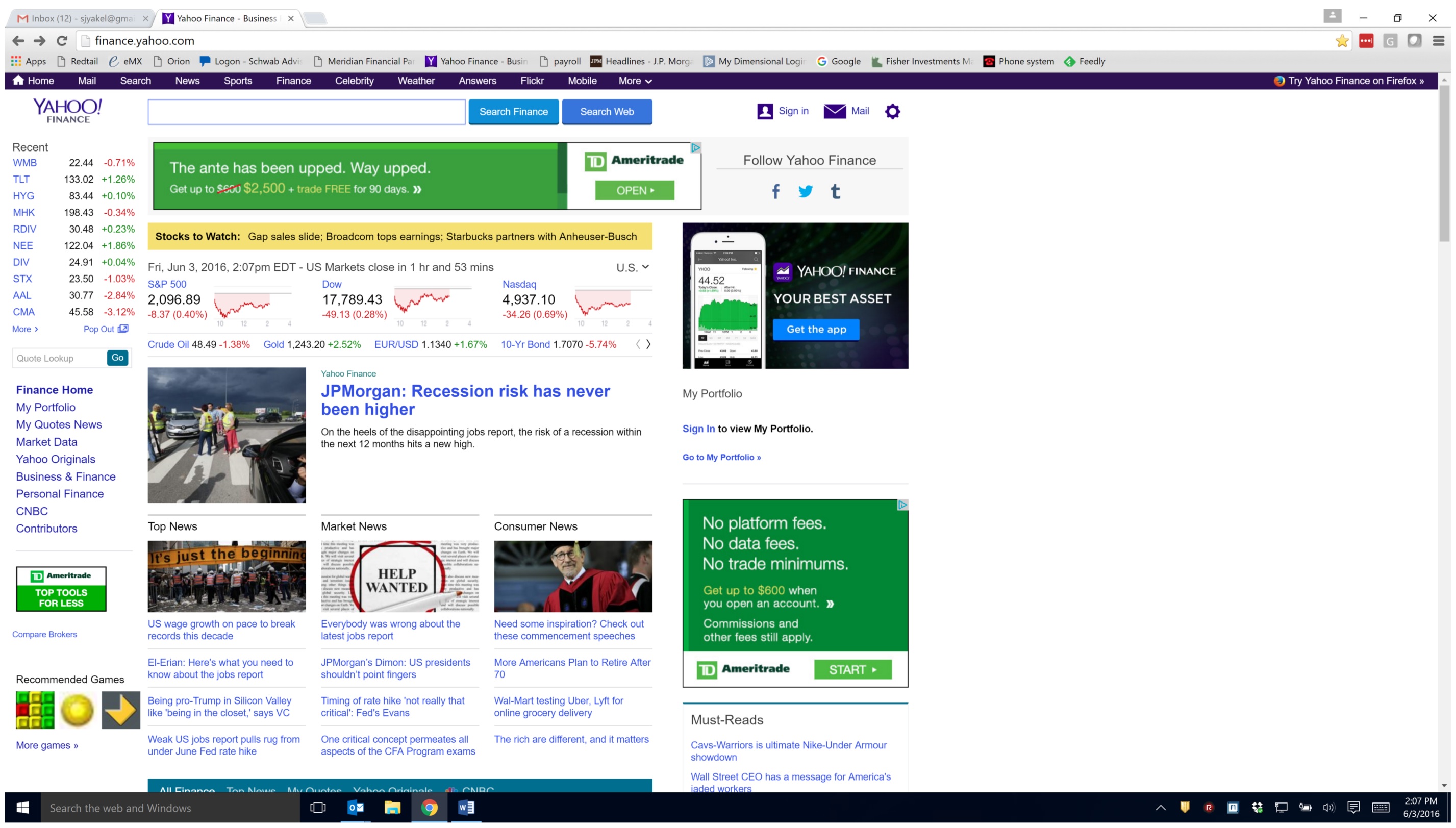 In the article, the actual analyst quote was: “Our preferred macroeconomic indicator of the probability that a recession begins within 12 months has moved up from 30% on May 5 to 34% last week to 36% today,” JPMorgan’s Jesse Edgerton wrote. “This marks the second consecutive week that the tracker has reached a new high for the expansion.”

So, according to JP Morgan, the recession risk has never been higher in this current expansion!  In fact, look at their chart—and Yahoo’s caption: 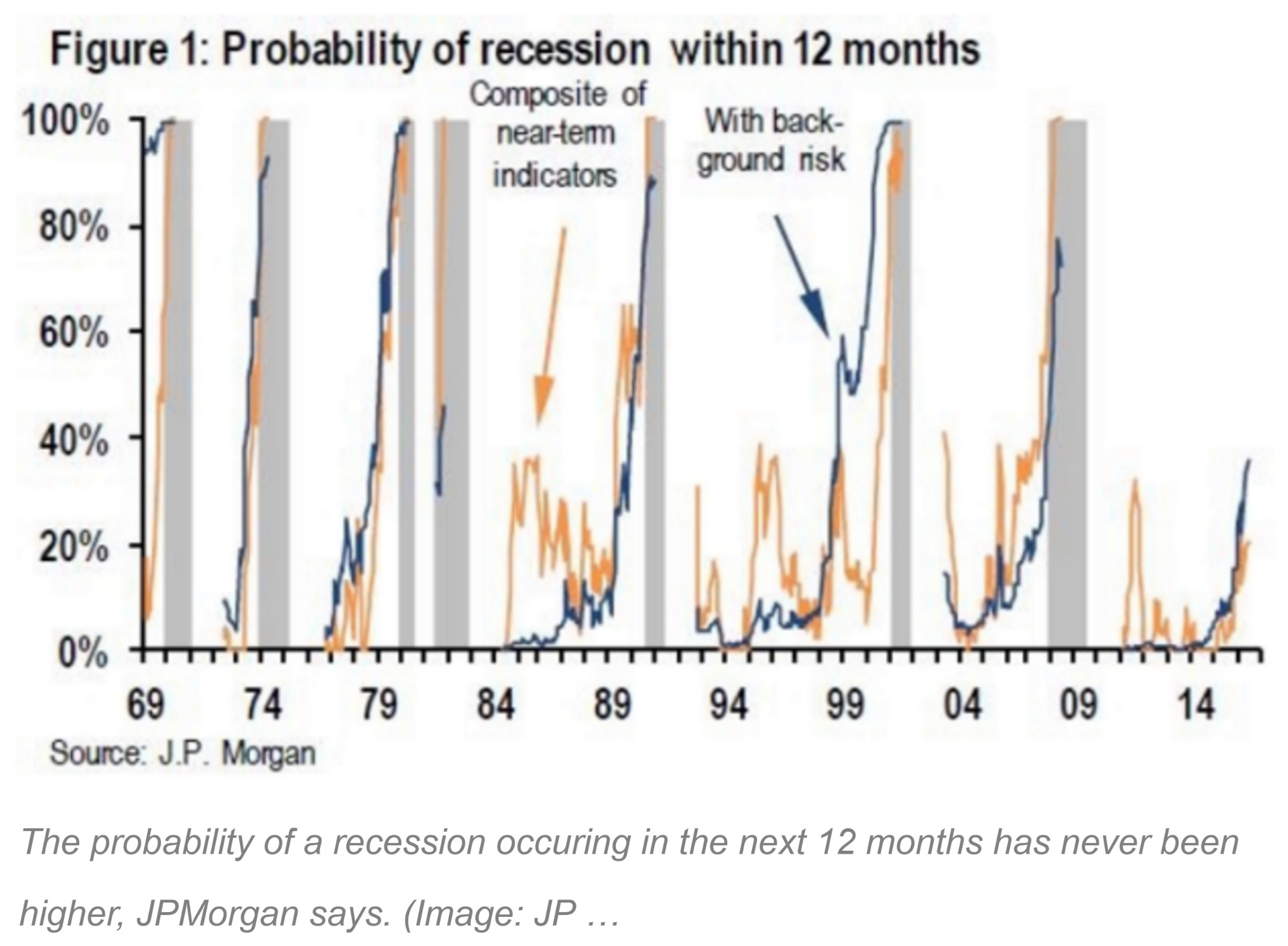 It seems to me that recession risks have been higher in the past—by JP Morgan’s own indicators, the probability of recession risk (the blue and yellow lines) has reached 70% or higher before each recession (which are the gray bars on the chart)…a far distance from our current 36%!!

More disturbingly, the study highlights the importance that headlines have on how we perceive the rest of the article.  The authors write, “Headlines give the first impression of news articles and they can drive how users perceive their content. By drawing attention to certain details or facts, a headline can affect which existing knowledge is activated in one’s brain. By its choice of phrasing, a headline can influence one’s mindset so that readers later recall details that coincide with what they were expecting…”

So, while we certainly don’t dismiss the odds of recession rising when managing portfolios, the headlines are certainly not great ways to get a sense of the economy, the markets, or the world in general.  The underlying data matters, and being aware of the media’s need to drive clicks by exaggerating content is always important!