For most of us with kids, summer presents the challenge of keeping our children occupied (hopefully constructively!) until school starts again. Camps are certainly a popular option as they take up big chunks of the summer and allow kids to explore activities outside of a typical classroom setting.

Our middle daughter (age 5) has recently expressed an interest in music, and that interest was further piqued after seeing School of Rock on Broadway this past Spring. Fortunately for us, a School of Rock camp/school/franchise just opened in our area. She was ecstatic, and the timing of one of the camps offered worked out perfectly with our other kids’ schedules.

While she has yet to learn an instrument, the camp’s structure was one that allowed her to explore different instruments and learn about rock and music in general. She loved it from day one, and we are already sending her back for weekly classes. I hear the deafening sound of DRUMS in my near future, but I am honestly glad that she has found her “thing.”

At the end of the week-long camp, Lyla and the other four kids in her band “released their results” to an audience (of mostly parents). I have to admit it was pretty impressive that they could all learn three songs in a week. Our Lyla was not quite ready to play an instrument just yet (except for the tambourine!), but the other four kids did a more-than-admirable job. The highlight for us was when she sang the lead on Apocalypse by Imagine Dragons. 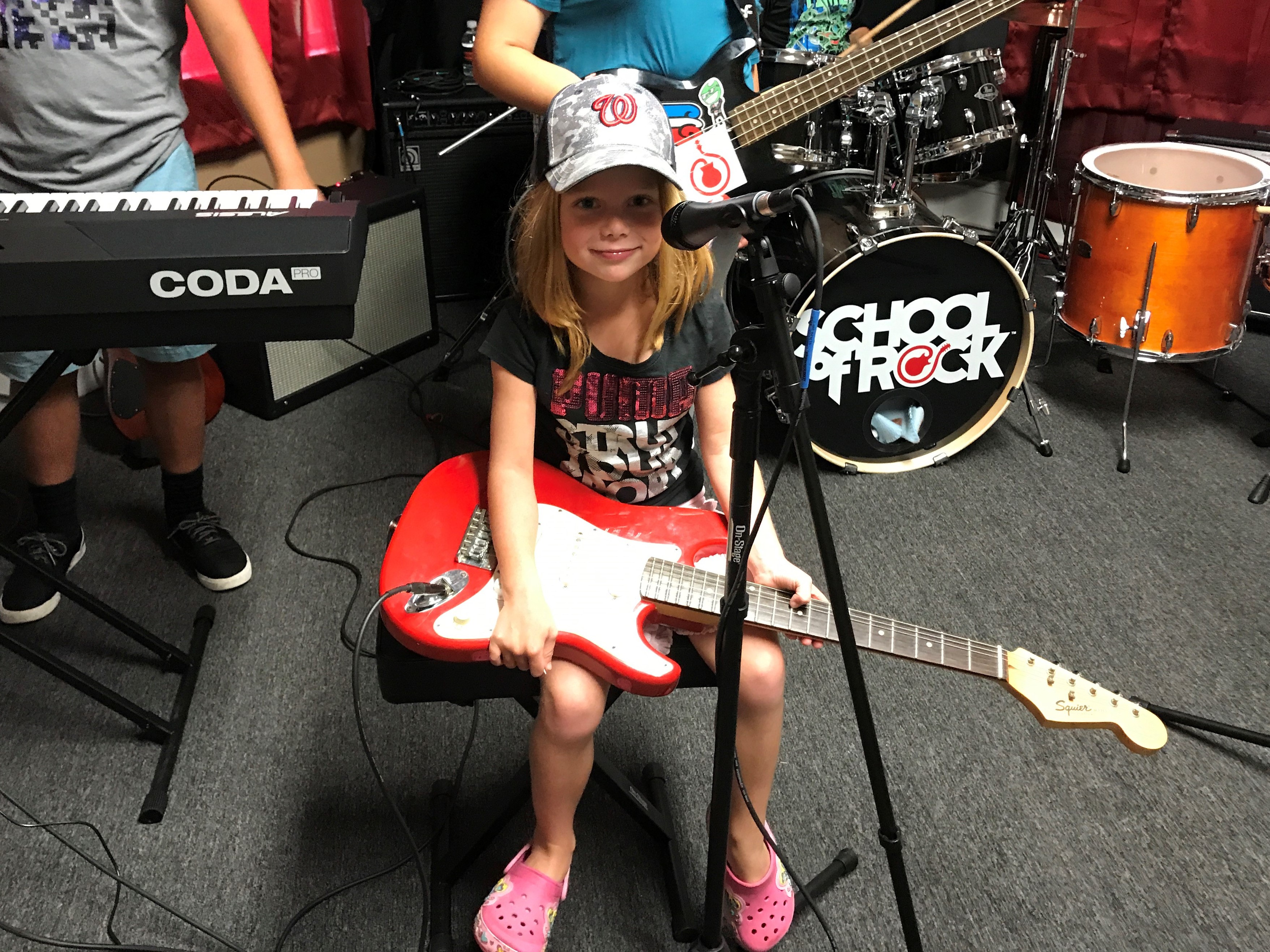 Guitar for effect only

…..this is where my wife and possibly many of the rest of you stop reading!

For a good portion of this month, many of us have heard the term “earnings season,” and much like the kids at the end of rock camp, this is when companies release their results of how they performed in the previous quarter. Earnings seasons occur four times a year in the month following a calendar quarter (January, April, July, and October). It is an important and closely watched period for those researching and investing in the markets.

Analysts will attempt to predict what earnings will be based on a variety of data that is publicly available. So, there is typically an expected earnings number that a company will either miss or exceed. You might see a headline like “Samsung misses earnings, stock price tumbles;” meaning that Samsung’s reported earnings for the quarter were less than what analysts had predicted. (note that this is just an example and not a recommendation to buy or sell!).

So far, this earnings season has gone quite well. According to Bloomberg Intelligence, “About a fifth of constituents, representing 30% of index market cap, have reported quarterly results. The benchmark is now on pace for 10.1% EPS (earnings per share) vs. an 8.4% expectation…” Essentially, that means that most companies have exceeded expectations so far. The rest of the month will be busy, as 70% of the S&P 500 companies still have to report earnings. See the Earnings Tracker chart below for some more detail. 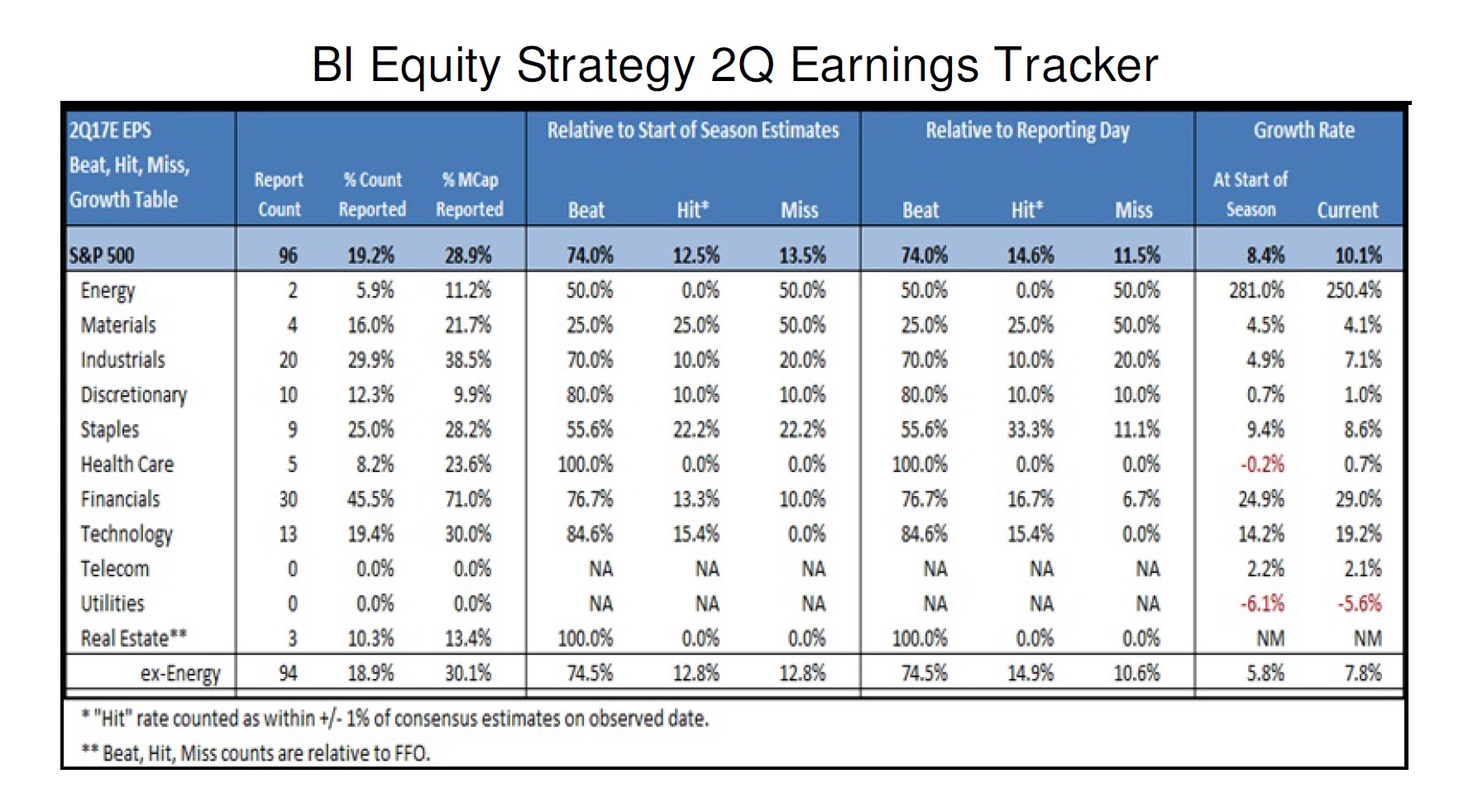 In a later post, I will update you on whether or not Lyla has “exceeded expectations” at School of Rock. The consensus among current analysts (mom and dad) is that she will do whatever she damn well pleases! 😊