Recently for our family, the dog days term is quite literal. After minimal consultation with yours truly, our family entered the world of dog ownership. We welcomed little Daisy to our world this past Saturday. She is a French Bulldog and has already created some unwanted stains and wake-up calls. But, she IS pretty dang cute, so it’s hard for me to be too mad!

As you can see, Daisy is smaller than our adult cat as of now, but she is expected to be fully grown by the time she is about 1 year old. She only weighs about 4 pounds currently, but she will be about 6 times that weight in a fairly short amount of time.

As we enter July and the “dog days of summer,” we are officially in the longest US economic expansion on record. However, the average GDP growth rate during that period is actually the lowest of all previous expansions. See the chart below: 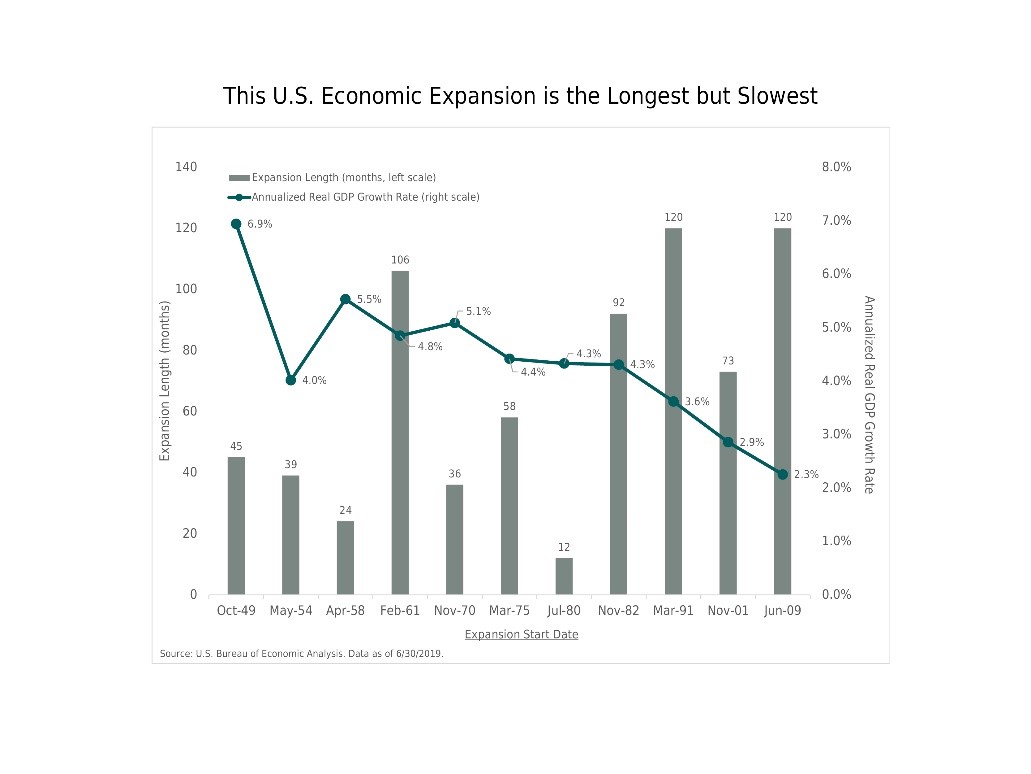 One could argue whether this is good, bad, or really not an indicator at all. However, I would argue that slower, sustained growth is better than a rapid unsustainable rise. And, I think that’s what the Fed is after with their rate increases and decreases. They are in search of that elusive happy medium of growth without too much inflation as well as low unemployment.
Further, there is nothing out there that says a recession or market correction ‘has to happen’ after a certain period of growth. There are still a lot of positive indicators out there, so running and hiding in non-risky assets may not be the best idea (depending on your timeframe of course).

I hope you and your families had a great 4th of July weekend. Here’s to Daisy being quickly potty-trained, as well as continued and sustainable GDP growth!

One thought on “Dog Days of Summer”