This past Sunday, I was fortunate enough to chair and participate in the Prince William March for Babies. Obviously, supporting at-risk moms, premature births, and prenatal and postpartum care are incredible and worthy causes. March of Dimes helps to fund research on all of these fronts, and has already helped by funding hundreds of grants that help explore the many factors that can lead to prematurity, birth defects, and overall infant health.

When Meridian was asked to sponsor the Prince William March this year, I was certainly interested, but I didn’t immediately feel as though I had any close personal relationship with the cause. However, when I started to think about it, really any parent and their babies have likely benefitted from some of the research that March of Dimes has helped to fund.

On a more personal front, our firstborn Coleman, was born at 34 weeks. While that is not “significantly early,” it was early enough to give first-time parents a real scare. As a precautionary measure, Coleman was in the NICU (Neonatal Intensive Care Unit) for 8 days. He was mostly a healthy baby, but there was some extra precaution taken to make sure his lungs were fully developed.

I took away two main things from our time at Reston Hospital:

On a very positive note, I am happy to report that this year’s march raised over $150,000. It was a wonderful event, and it was heartwarming to see the community come together to support each other and share their stories. Coleman (age 7) and I walked/ran together for the approximately 4 miles through Old Town Manassas. He was convinced he could run the whole thing, but quickly realized that wasn’t possible! 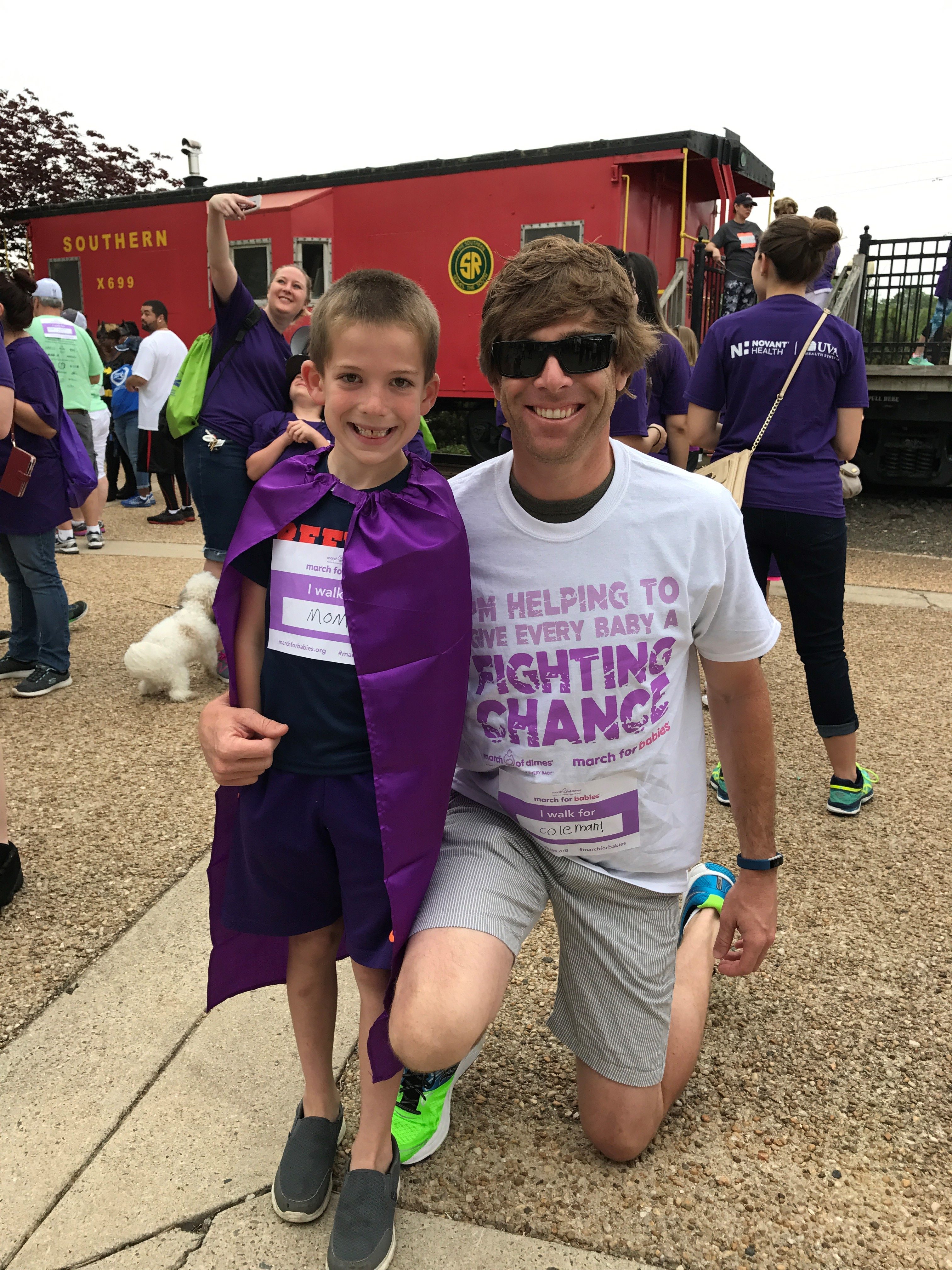 One final thing I would like to add is a request to not just look at a charity’s “overhead” as a judge of its success or failure. For a long time, I did just that until I watched this TED Talk by Dan Pallotta: https://www.ted.com/talks/dan_pallotta_the_way_we_think_about_charity_is_dead_wrong. Just something to consider next time you are asked to give to or participate in a charity event.