Getting the Job Done

Inflation numbers, interest rates, and earnings have received a lot of attention around their impact on the crazy markets we continue to experience in 2022.  However, I thought it was pretty interesting that last week a key piece of data was released which played into the continuing saga of “good news is bad news”, and left many investors scratching their heads.  Last week the jobs openings report for September was released coming in higher than expected (10.72 million in comparison to the estimate of 9.8 million). The JOLTS report, which stands for Jobs Openings and Labor Turnover Survey, reflects how many job openings there are each month, how many workers were hired, how many quit their job, how many were laid off, and other separations.  So, one wouldn’t be exactly wrong to feel that a higher number in the JOLTS report reflects a strong labor market would be a positive for the economy. 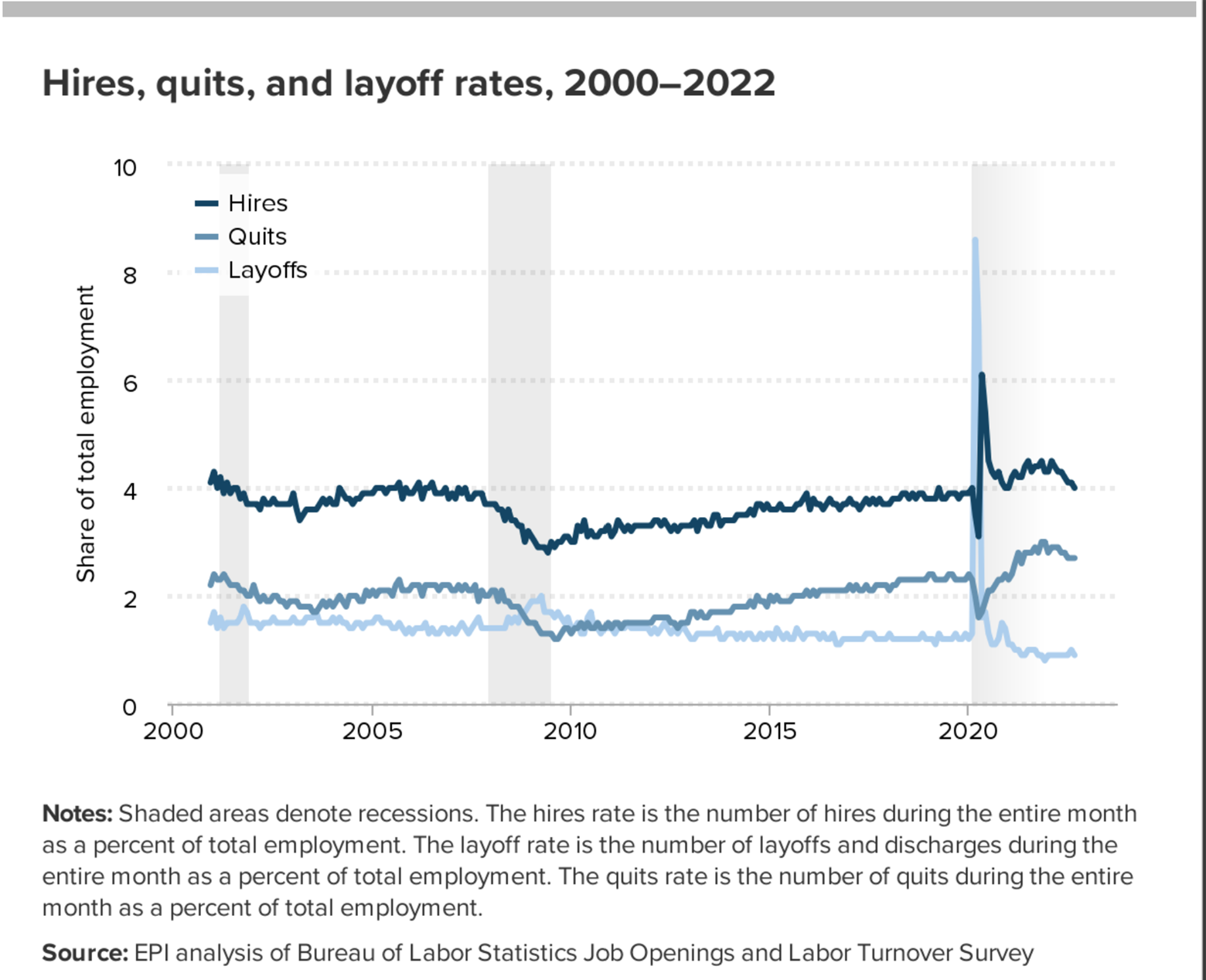 However, in the eyes of the Federal Reserve a hot labor market accompanied by hot inflation is unwelcomed.  10.72 million job openings equate to approximately 1.9 jobs per every available worker.  This flux of jobs equates to less competition in the labor market, creating higher wage requirements by workers, potentially fueling inflation further.  In Powell’s own words last Wednesday, “… labor market remains extremely tight, with the unemployment rate at a 50-year low, job vacancies still very high, and wage growth elevated. Although job vacancies have moved below their highs and the pace of job gains has slowed from earlier in the year, the labor market continues to be out of balance, with demand substantially exceeding the supply of available workers.”

To make matters more confusing, while the number of job openings is a key factor to gauge the health of the economy, it does not take into consideration the number of positions actually filled by the end of the month and is a lagging indicator by several weeks.

Another related and more widely known employment indicator are the monthly unemployment numbers.  In October 2022 it was ever so slightly higher than analysts estimated at 3.7% (compared to a projection of 3.6%). Nothing to rock the boat there, but all eyes will be on the next few months to see if the trend continuous.  Even with the minuscule uptick in unemployment, the numbers are historically low, particularly when looking at unemployment numbers and historical returns for the S&P 500.  We are in a bit of an anomaly. Again, another head scratching moment… 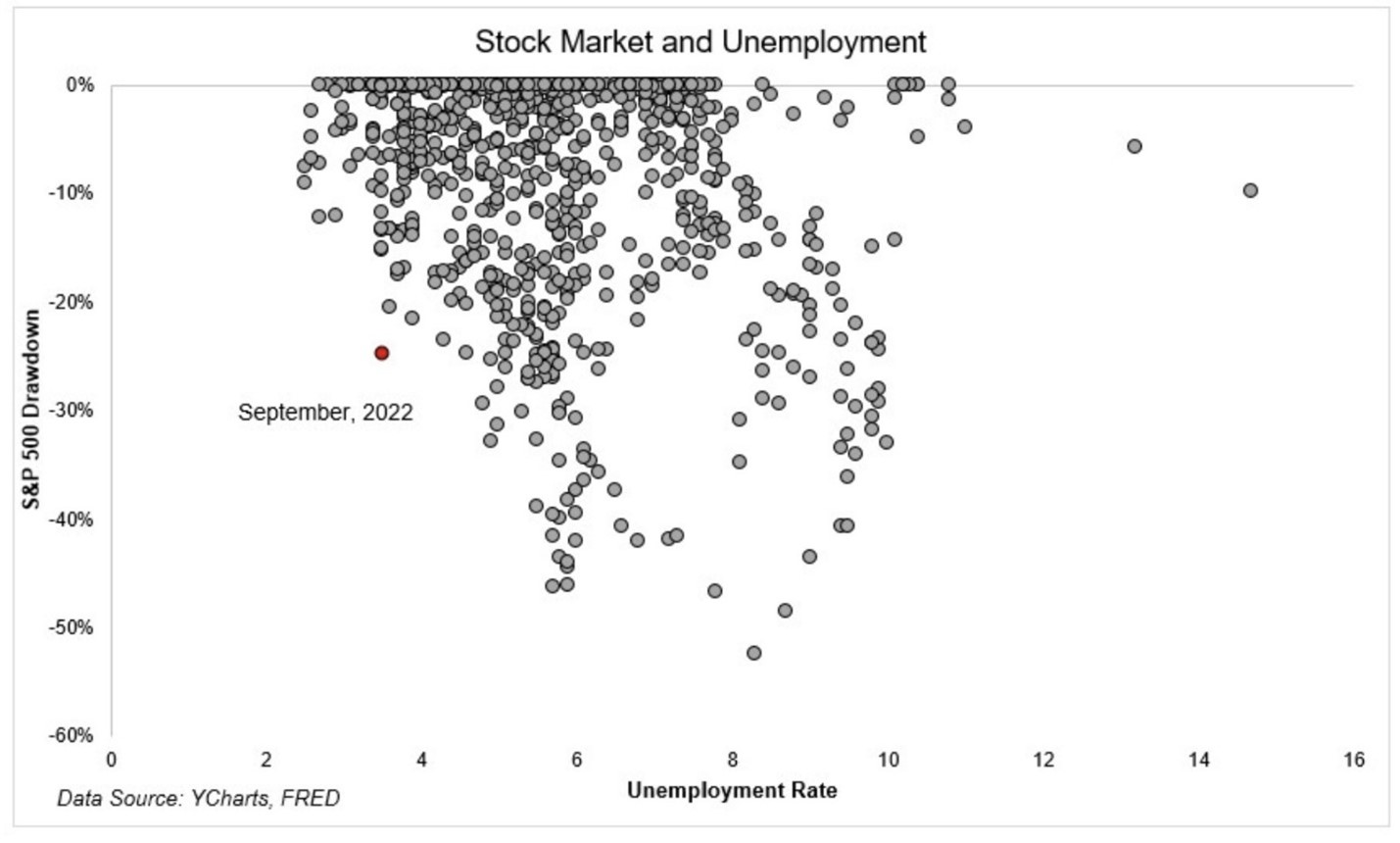 In August Jerome Powell commented, “Reducing inflation is likely to require a sustained period of below-trend growth. Moreover, there will very likely be some softening of labor market conditions. While higher interest rates, slower growth, and softer labor market conditions will bring down inflation, they will also bring some pain to households and businesses. These are the unfortunate costs of reducing inflation. But a failure to restore price stability would mean far greater pain.”  And to his point, if we look at historical changes in unemployment and the Federal Funds rate there are some clear correlations and they aren’t exactly rosy.  (The gray areas are recessions) 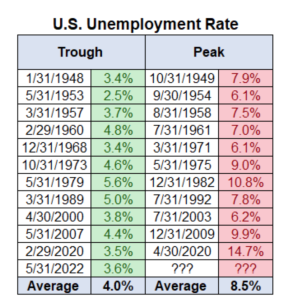 HOWEVER, as gloomy as the above charts are, it’s always a good reminder that the stock market is not the economy. While they are related, they are not one in the same. 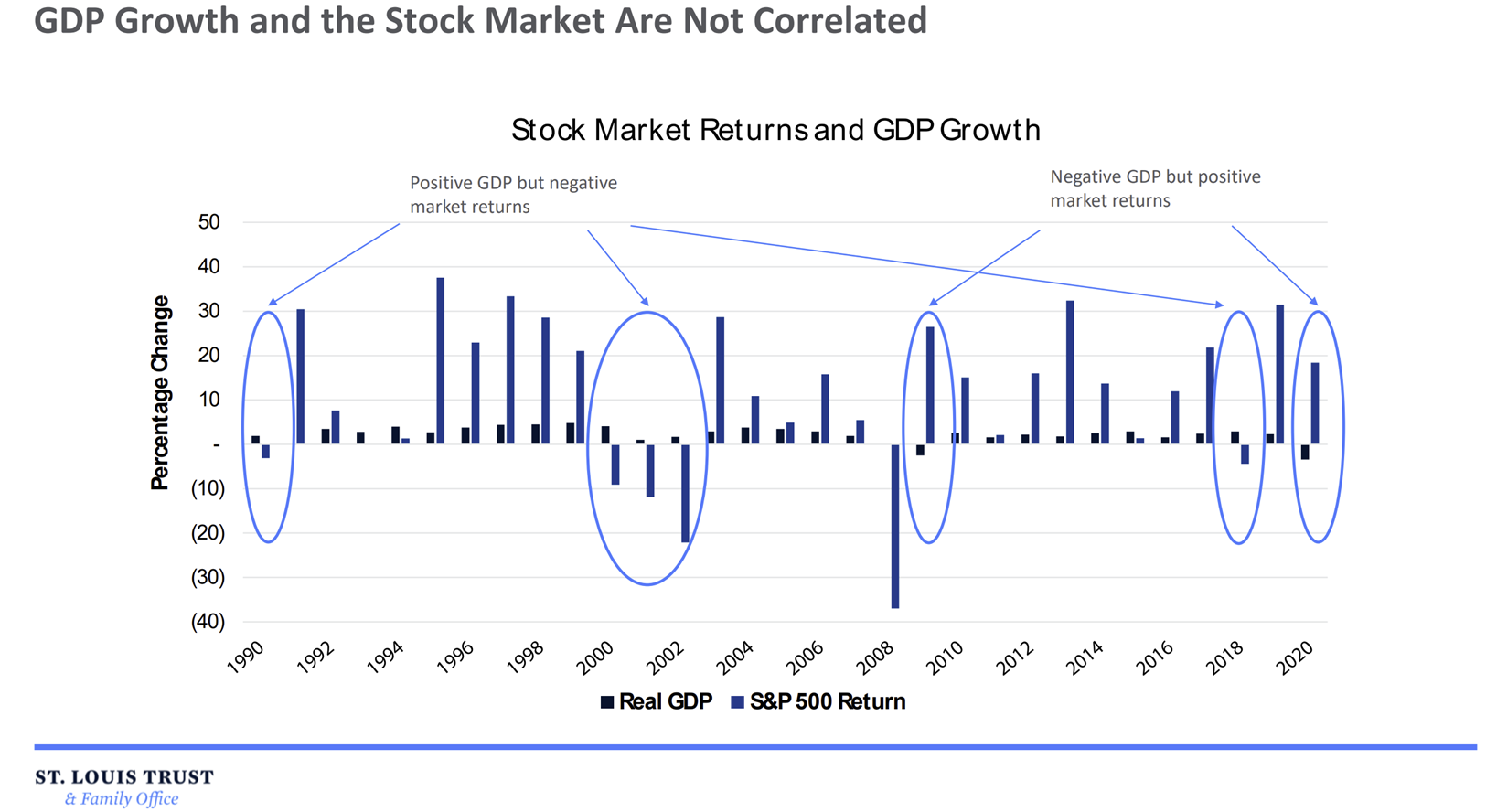 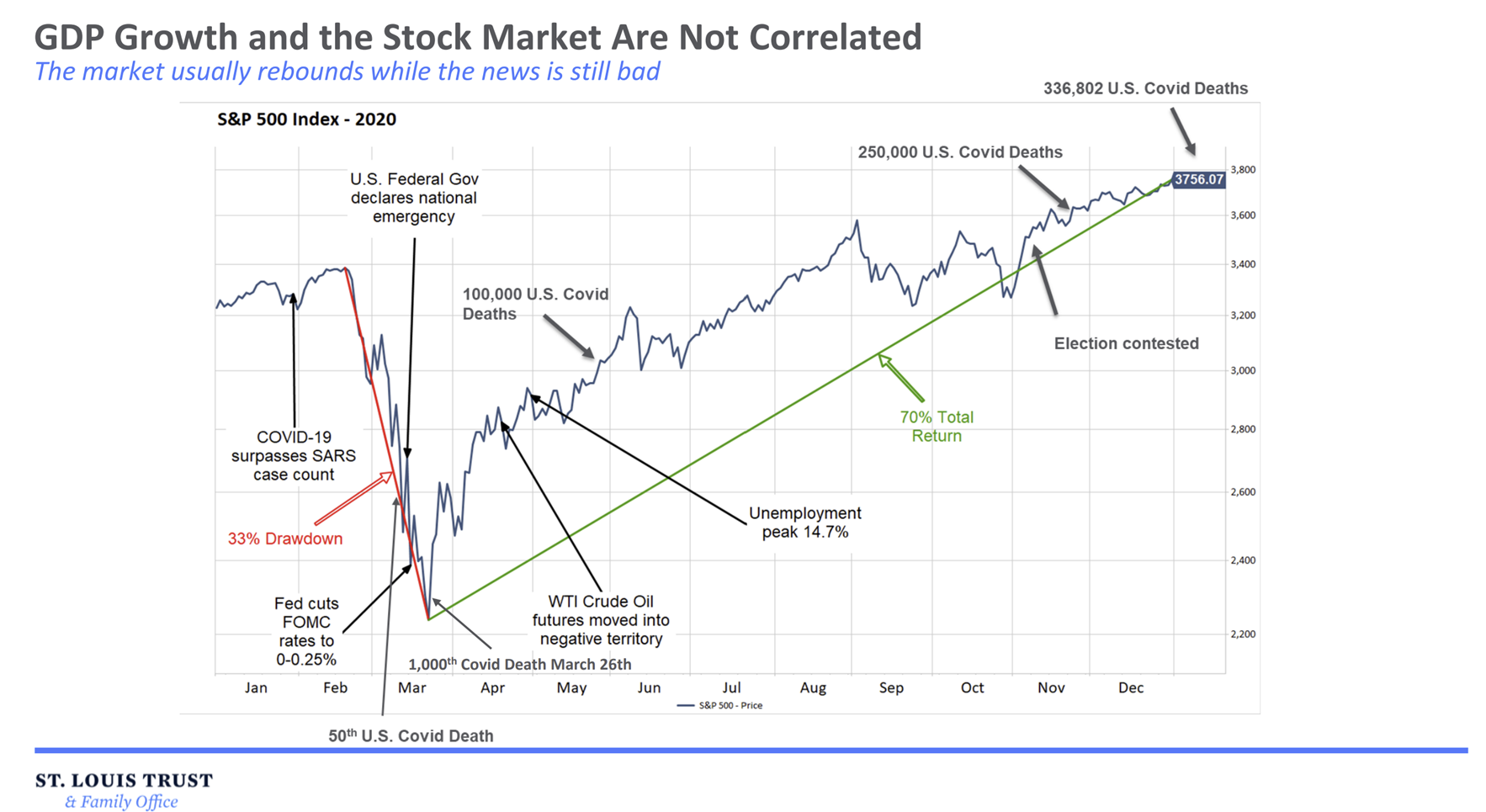 Trying to wrap your head around the many data points and factors that play into today’s environment can be information overload, but understanding what is actually within our control as investors, is key.  Last week I had the pleasure of attending the annual Charles Schwab conference for Registered Investment Advisors in Denver and it was incredibly informative albeit a bit of information overload! 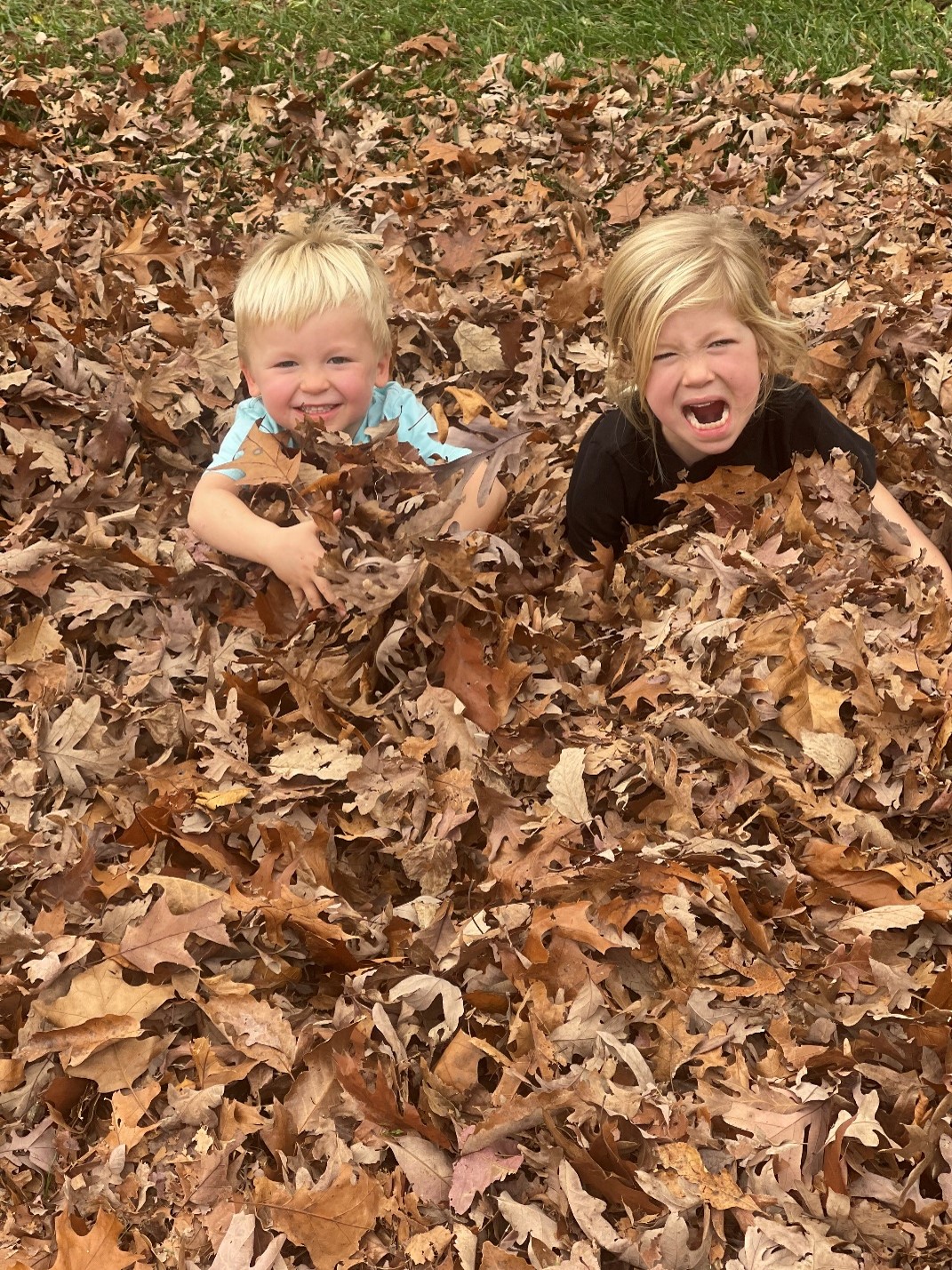 Getting the Job Done