Friendly Reminder: The markets do go down

As we enter the 8th (!) year of a bull market for the S&P 500, it is days like today (Tuesday, March 21st) that remind us that markets can still go down. While I will not claim to know exactly when the current bull market will end, I do know that it will end at some point in time. Yes, I realize I am really going out on a limb with that prediction! Generally speaking, bull markets are defined by prices rising without being interrupted by a 20% decline. The closest this bull market has come to ending was at the beginning of 2016 (can you remember back that far?!) when the S&P declined about 10%.

In terms of length, this is the second longest bull market in history, with the first being from 1990-2000. Most of you may remember that bull market ending in a very disappointing manner with the “dot-com bust.” I certainly do not believe that we are set up for a similar decline, but I do believe we all need to temper our expectations going forward. For the most part, there are actual earnings and growth that support the recent climb in the US markets vs. 2001 and 2008 where there were many stocks trading way above what they were actually worth. Secondarily, the S&P (and other areas) had a heck of a lot of recovering to do after the 2008 debacle (or correction or The Great Recession). 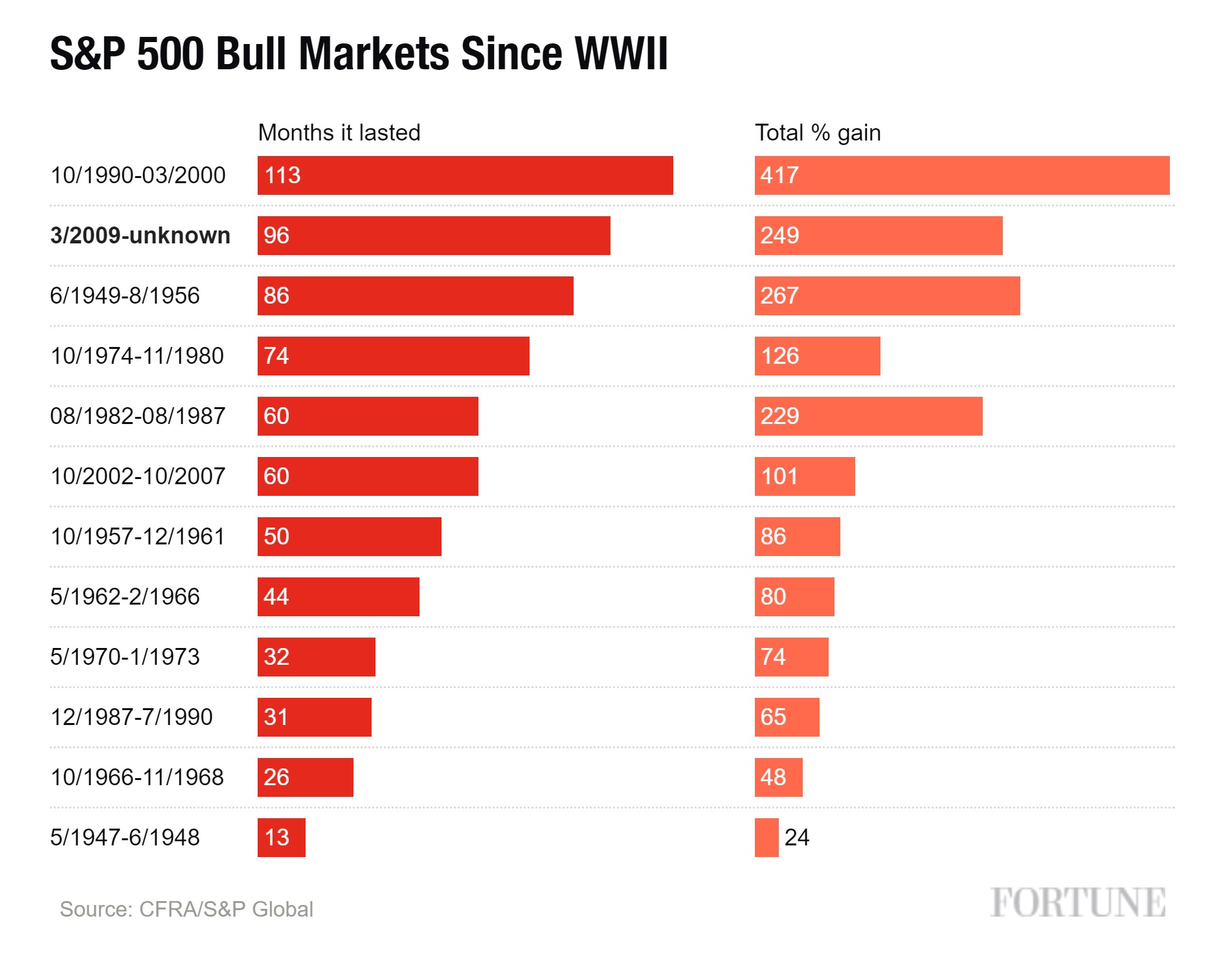 Again, we do not see this as a time to panic, but it is instead a time to review and rebalance. Make sure you don’t own too much of one type of investment; for most of us, the most likely candidate is those holdings that focus on large US companies. For many stock investors, this is usually the biggest part of a portfolio, which is fine. Just make sure it’s not too much in relation to other types of holdings (overseas stocks, bonds, etc). A well-diversified portfolio has holdings that will go up over the long term and will all not move in the same direction at the same time.

I appreciated Vanguard’s comment in a recent article: “Our guarded, but not bearish, outlook is unlikely to change until we see a combination of higher short-term rates and more favorable valuation metrics.”

Take a look at your overall mix, and make sure you aren’t exposing yourself to more risk than you can stomach. Sometimes, that may mean leaving perceived short-term growth opportunities on the table.

Friendly Reminder: The markets do go down
Tagged on: Markets    Rebalance    Risk