Today is Election Day—when all Americans are able to exercise their constitutional right to vote. While the conversation over the election process and our political system may continue for a long time, today is the day for the general population to cast their vote and express their like (or dislike) for the candidates on the docket.

Unlike Election Day, which comes only once a year, investors cast their votes daily in the stock market. Famous value investor Benjamin Graham said, “In the short run, the market is a voting machine but in the long run, it is a weighing machine.”

Everyday, investors decide which companies to vote for—casting their votes by buying shares in firms that are popular and selling shares of firms that are unpopular. But in the long run, the market is like a weighing machine–assessing the substance of a company.

In the long run, what actually matters is a company’s actual performance and not the investing public’s fickle opinion about its prospects in the short run. Over the long term, when companies perform well, earn and return money to their shareholders, their shares will perform well too. When a company is poorly run and mismanages the company’s finances or future, their stock will also suffer.

Tesla is a prime example of the short run voting machine in motion. When Tesla began shipping its first Model S sedans in June 2012, the stock was trading for about $30/share. But, the company was running through cash as it struggled to build the infrastructure needed to mass produce electric cars. Since 2012, Telsa has only made money in three out of 19 quarters: 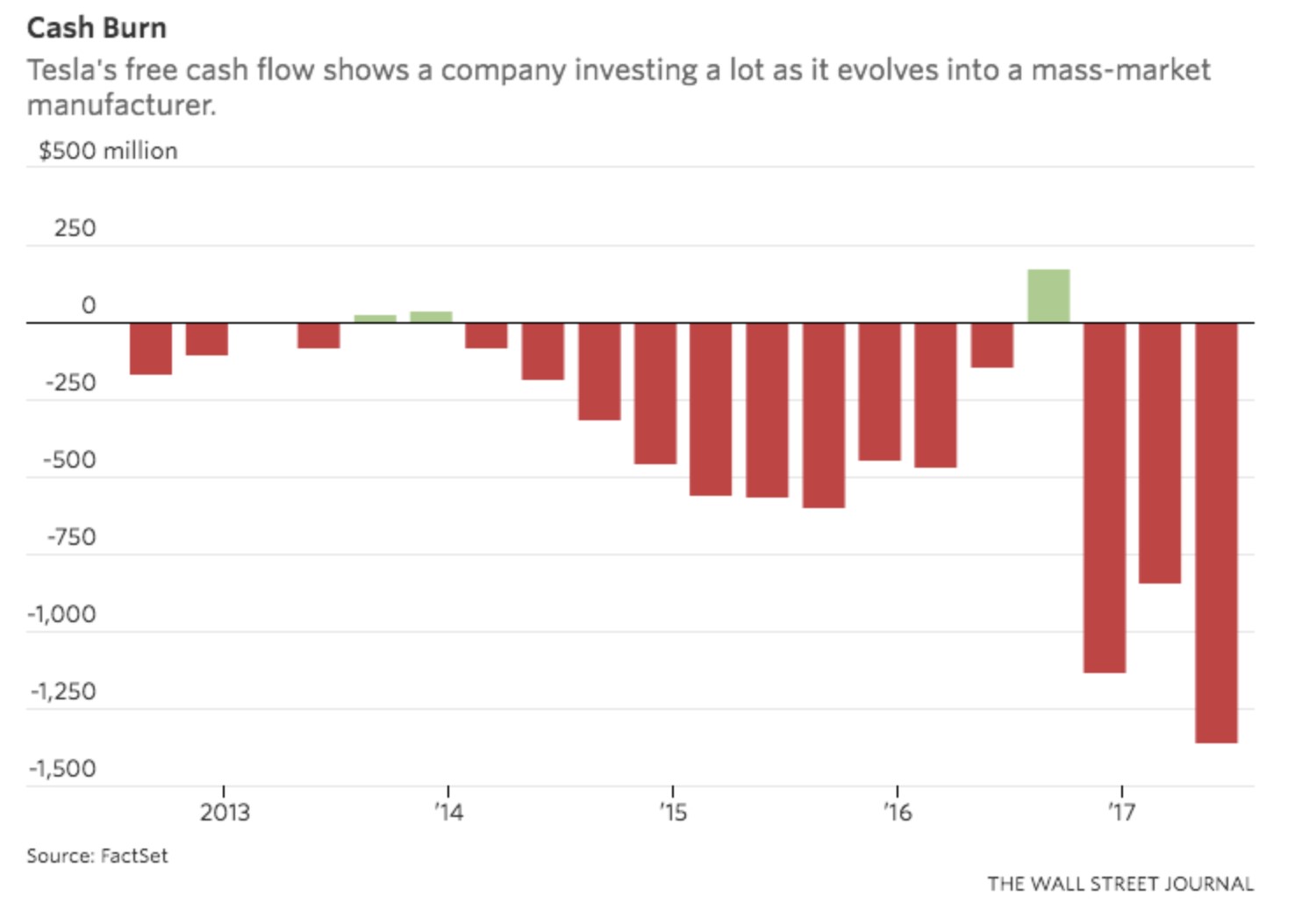 Despite the fundamentals of the company, investors enamored with Elon Musk and his vision for transportation in the future rewarded the company with record stock prices growth:

Investors are ready to buy Tesla shares for $300/share in order to share in the current earnings per share of -$6.83/share. According to a recent Wall Street Journal article, in 2017 Tesla lost $1.96 billion—handing out a $11.83 loss per share to every shareholder.
Despite these losses, and lack of large scale car production, investors have voted Tesla into one of the largest domestic car makers: 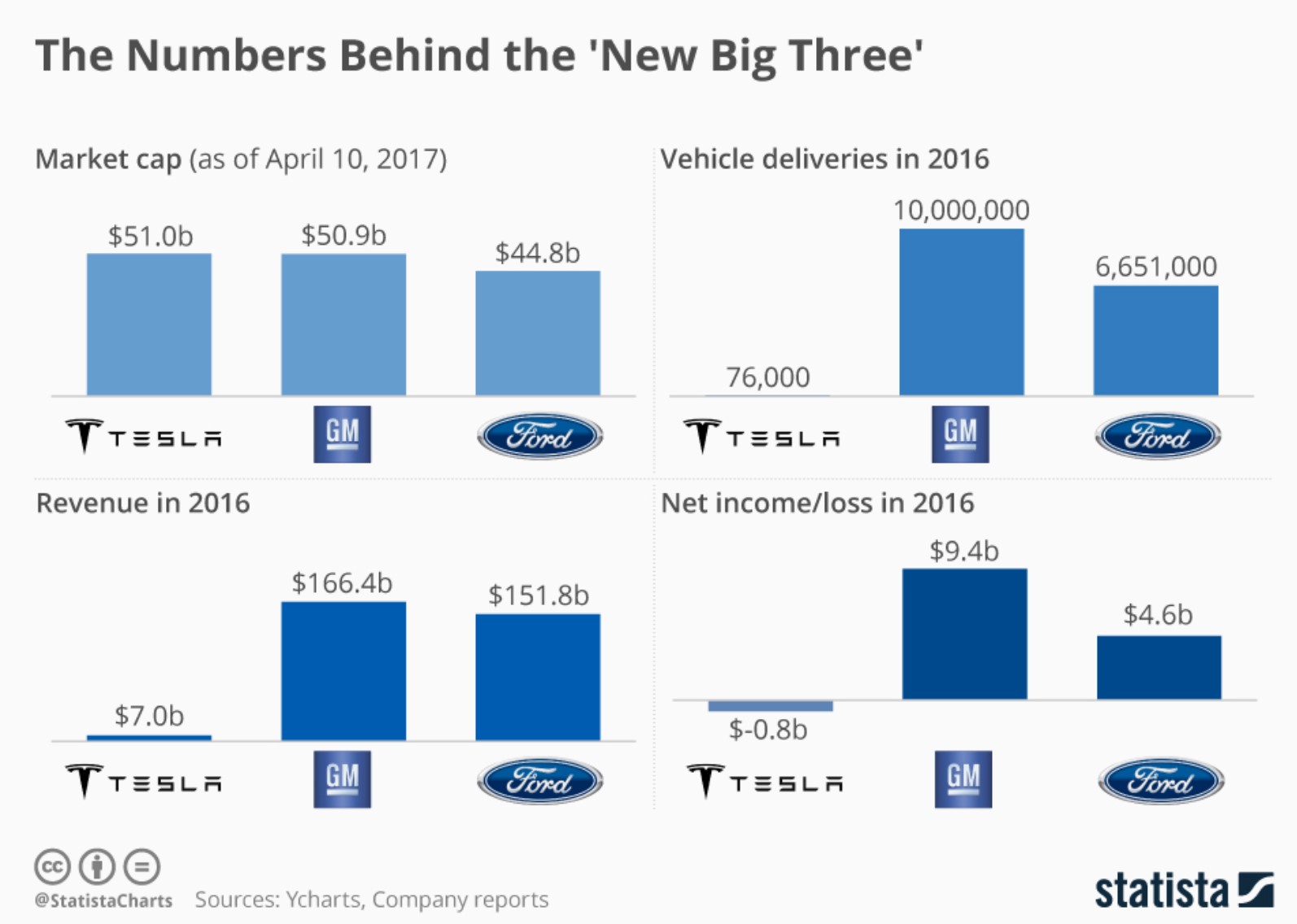 And in the world: 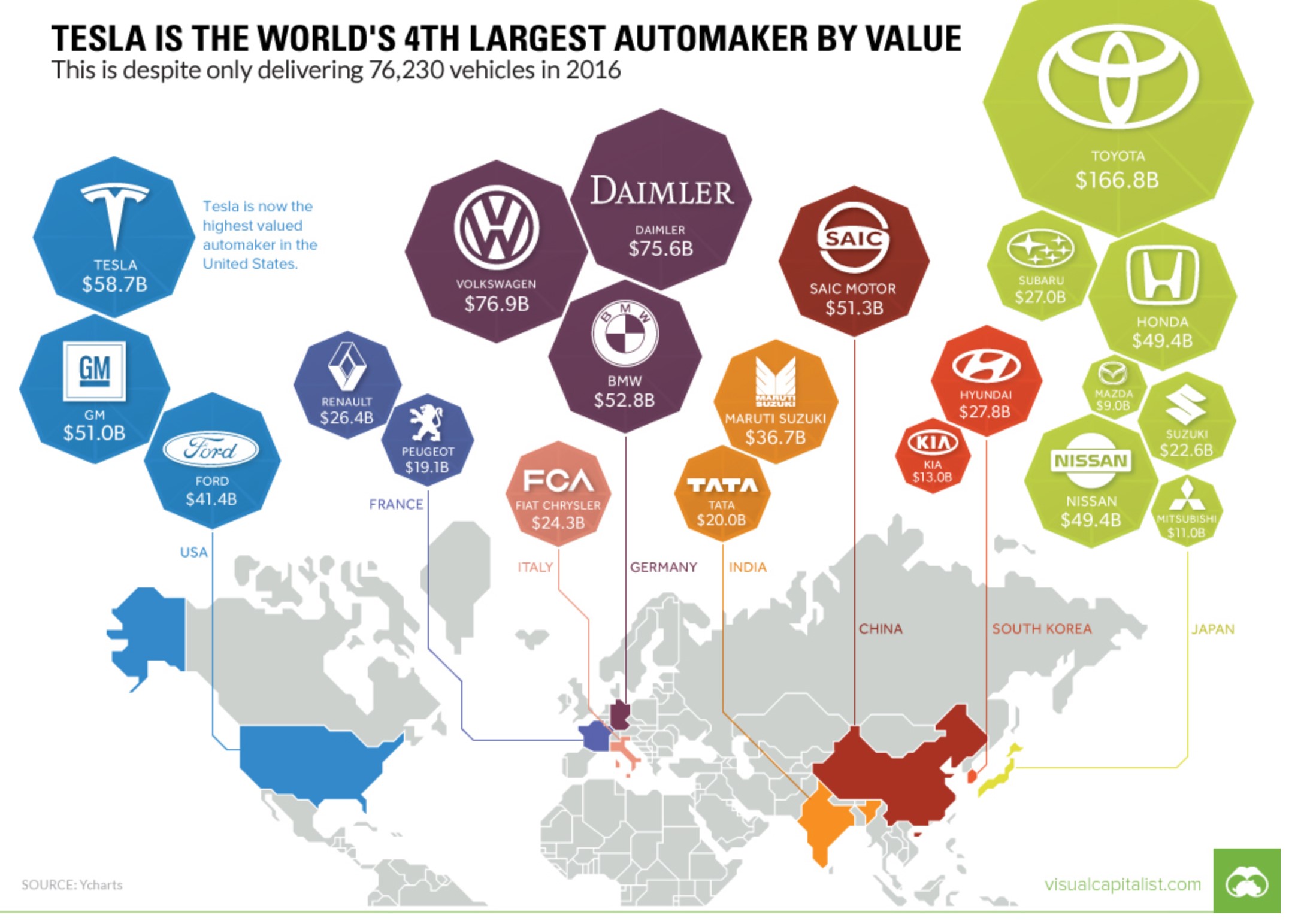 In the short run, investors have voted Tesla to the top of the popularity heap—but the long run will more carefully weigh out the value of Tesla.
Tesla’s numbers are improving, their product is unique, and most of the cash losses have gone into capital investments. As Tesla supporters will argue, Tesla is approaching a crossover point to profitability: 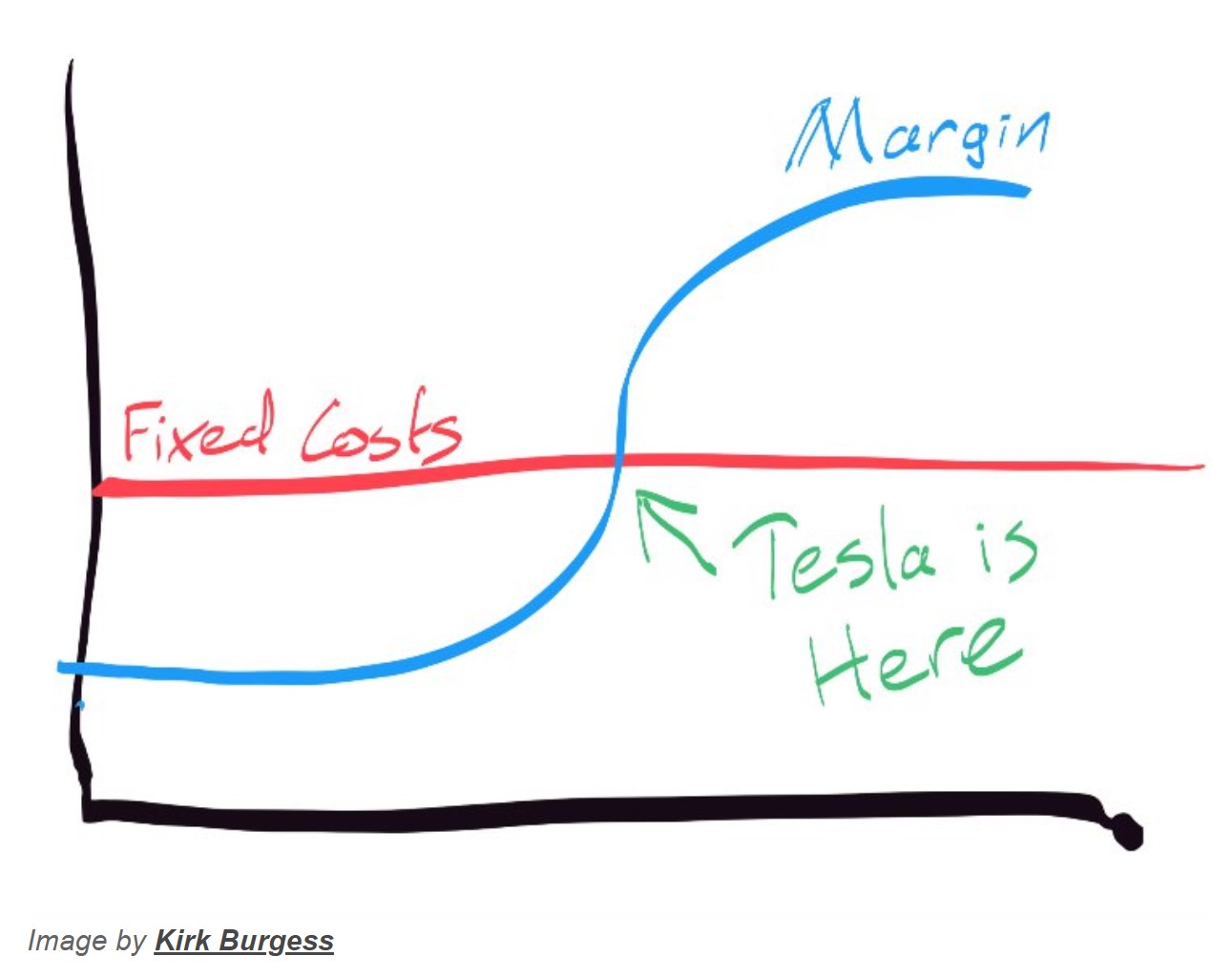 In our political system, leaders are often criticized in the short term, but history proves them to be strong or weak leaders with the passage of time. Likewise, when looking through the lens of history, the ultimate return of the stock of Tesla should be supported by the underlying fundamentals, and so it will be interesting to see the market’s measure of Tesla’s value in the long run…