Yesterday was my first official coaching role for my daughter’s middle school basketball team—we were playing the first game ever in the brand new gym, so it seemed like pretty high stakes (who wants to christen the gym with the first loss??).

Thankfully, we won by a decent margin, so all of the girls on the team were able to have some playing time.  But, up until the game started, I had no idea who would play.  We did feel good about our starting line up, but until we got into the game and were able to asses our opponent, we really didn’t know if we’d need great defenders or good outside shooters…or any other specific skill set.  Our team has girls who each shine at a different skill, so it was hard to work out a rotation in advance without knowing what skills we’d need on the floor at any given time.

Likewise, our portfolios here at Meridian have a starting line up that we feel confident in—but we also have a deep bench of options available depending on the game (i.e. economic) conditions.   As individuals have different basketball talent, individual asset classes shine under different economic conditions. 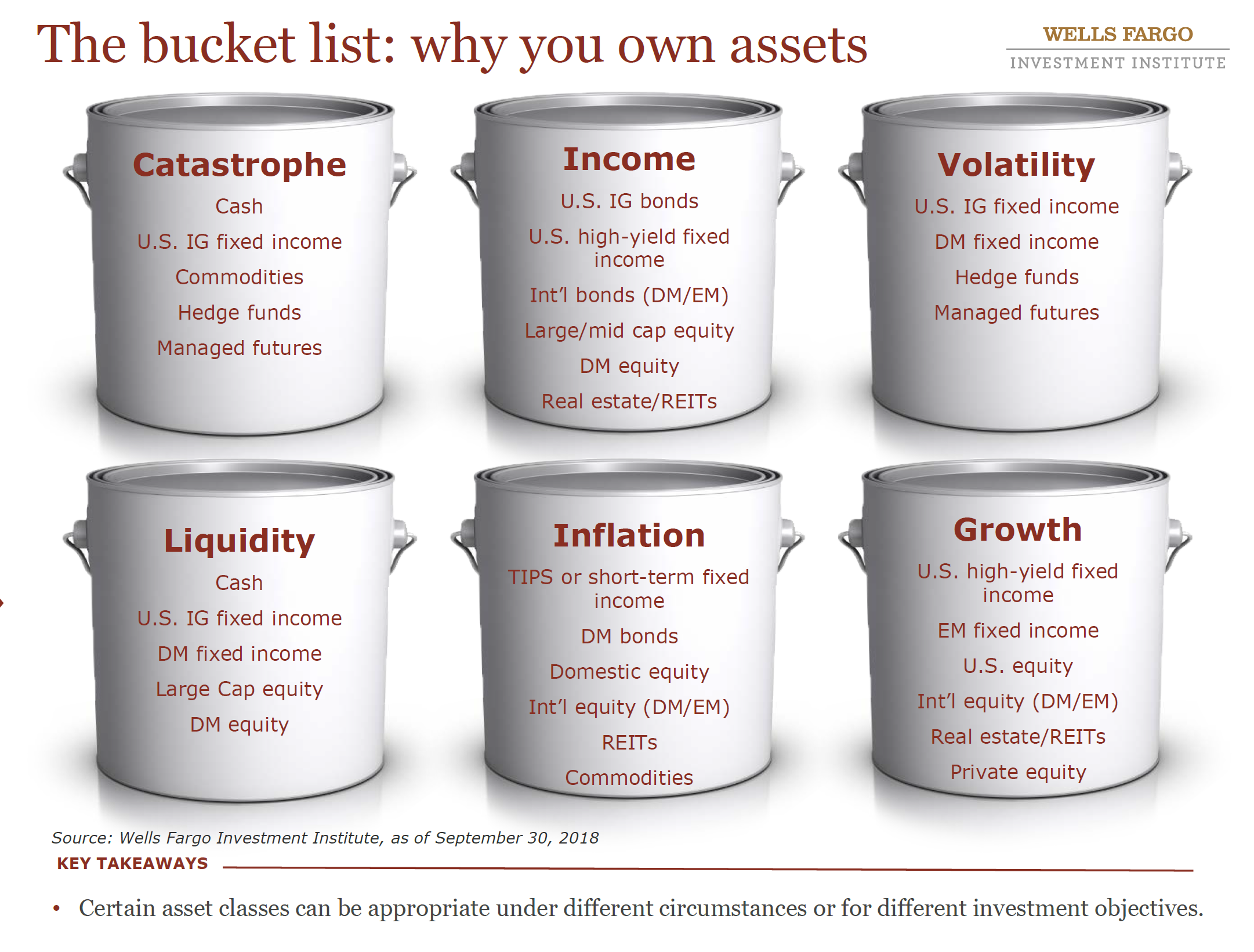 For example, high yield bonds (also known as ‘junk’ bonds) do really well at the early stages of an expanding economic environment, while corporate bonds do best in a recessionary period.  So, depending on the stage of the ‘game’, we may ‘play’ high yield bonds early and then put them on the bench in favor of investment grade bonds at the end of a cycle! 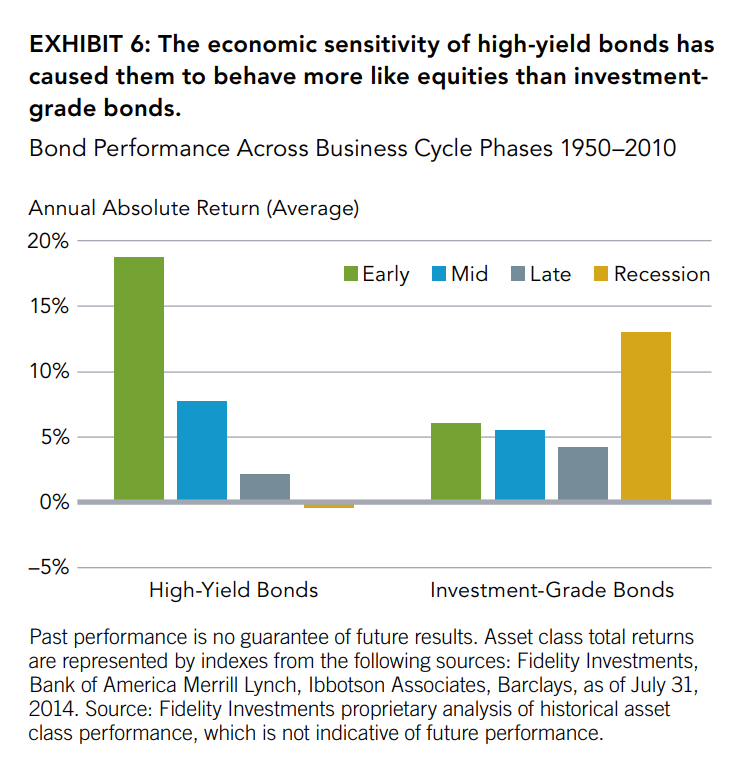 There are also differences in how individual stock sectors perform at different stages of the economic cycle as this chart from a Fidelity white paper shows: 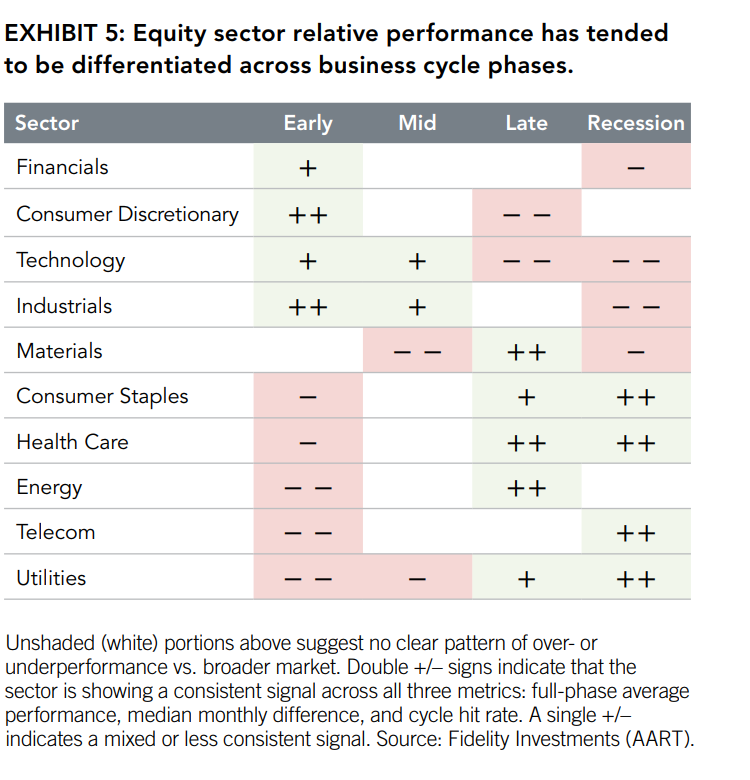 Usually, in the early stages of the cycle, portfolios that have solid positions in financial, consumer discretionary, and industrial companies do well….whereas health care, energy, and utility companies play better defense in a recession.

So, while it is hard to guess how a game will go, at Meridian, we do try to put together a carefully thought out starting lineup for our portfolios, monitor how the current conditions are progressing, and substitute in new asset classes, stock sectors, or securities as a need is made clear!