For Better or Worse

With the beautiful weather this past weekend, Jonathan and I tackled our first major project in a very long time.  We built a raised bed garden with deer netting and a hinged door—here is the finished product: 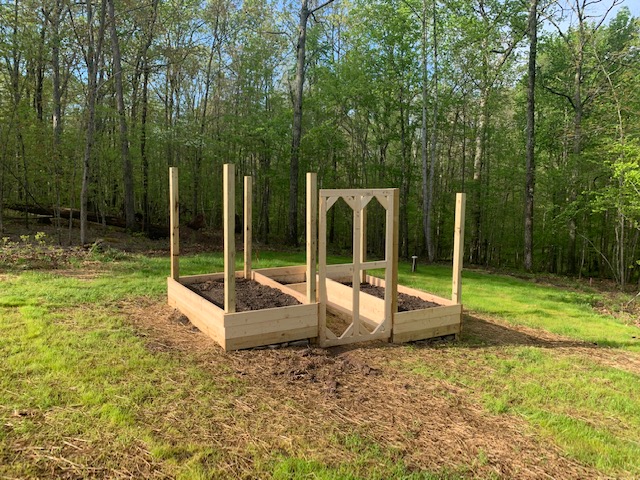 We usually don’t do projects together—it’s not great for our marriage.  We just have different ways of working.  I tend to aim to get things mostly right and work off of probabilities—precision is not my thing (which is actually not a bad thing in financial planning, as requiring absolutes when planning for an unpredictable future would be frustrating and futile).  As long as I am 80% sure, I want to nail, saw, hammer.

Not Jonathan.  He is an engineer by trade.  His job requires exactness—things have to line up right and be connected in specific ways for everything to work out well in the end.  So, he likes to measure two or three or seventeen times, check the level from every angle, drill pilot holes, etc.  I frustrate him with moving too fast—he frustrates me by overthinking and analysis paralysis.

But with the garden bed—we got along.  It was a quarantine miracle. 😊 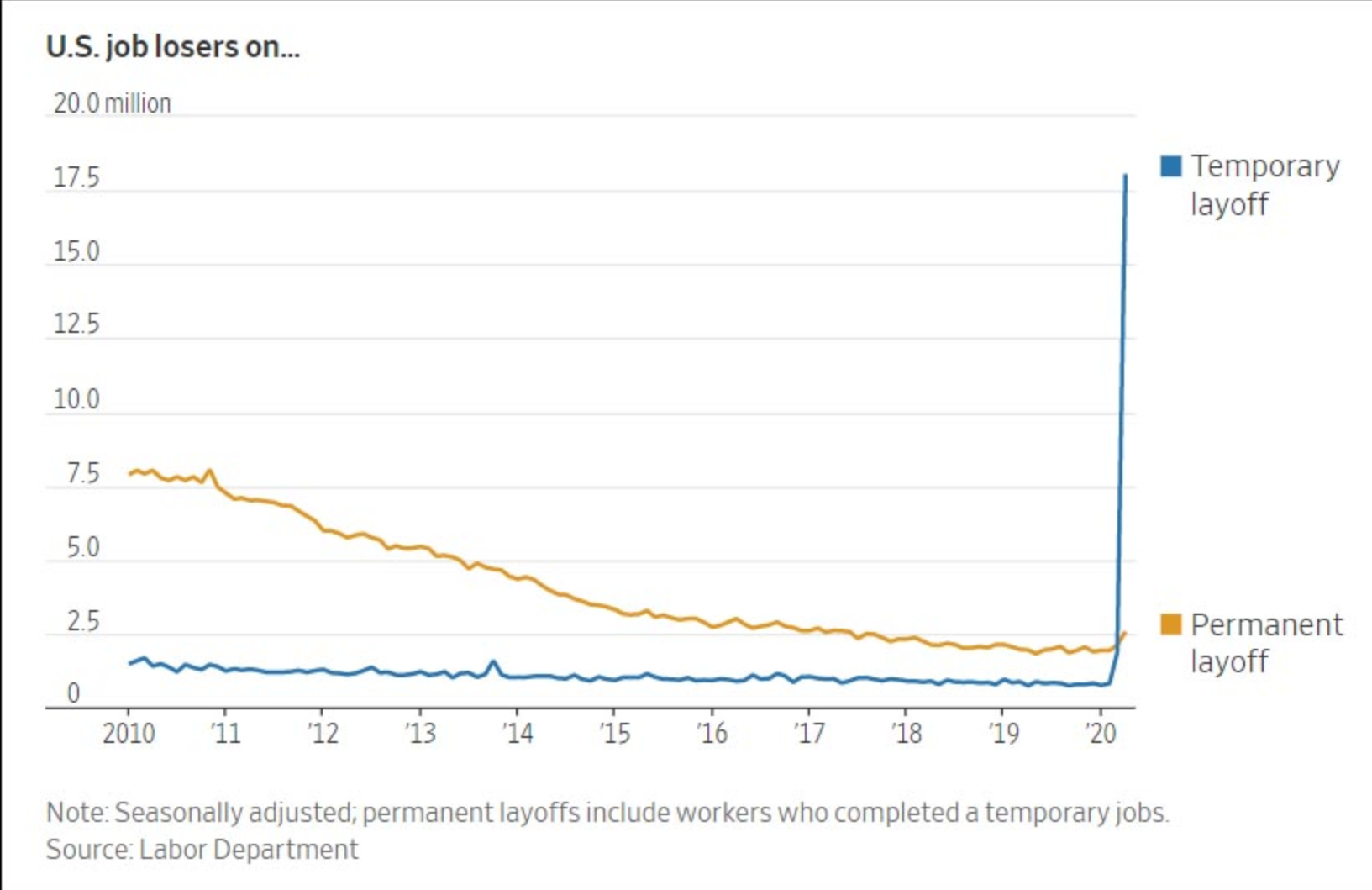 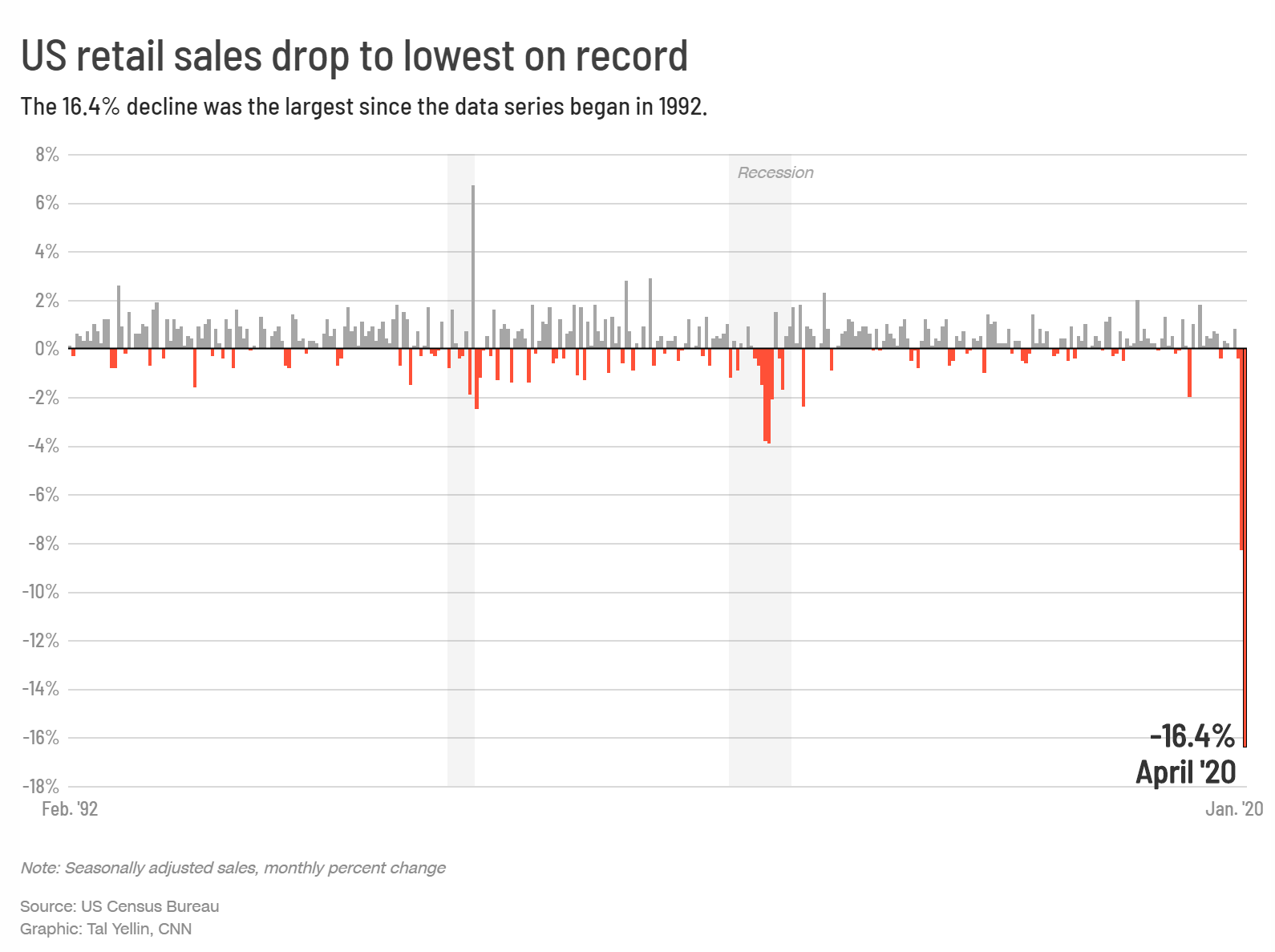 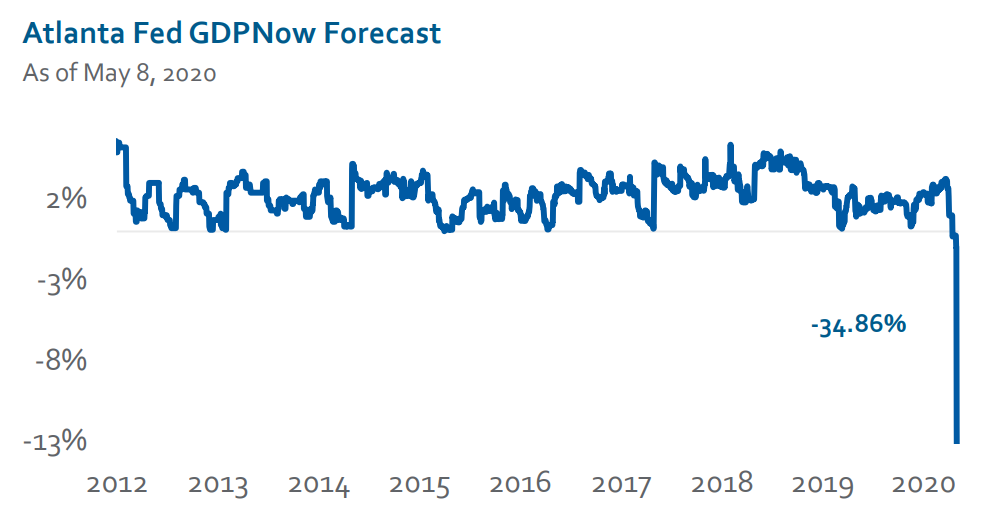 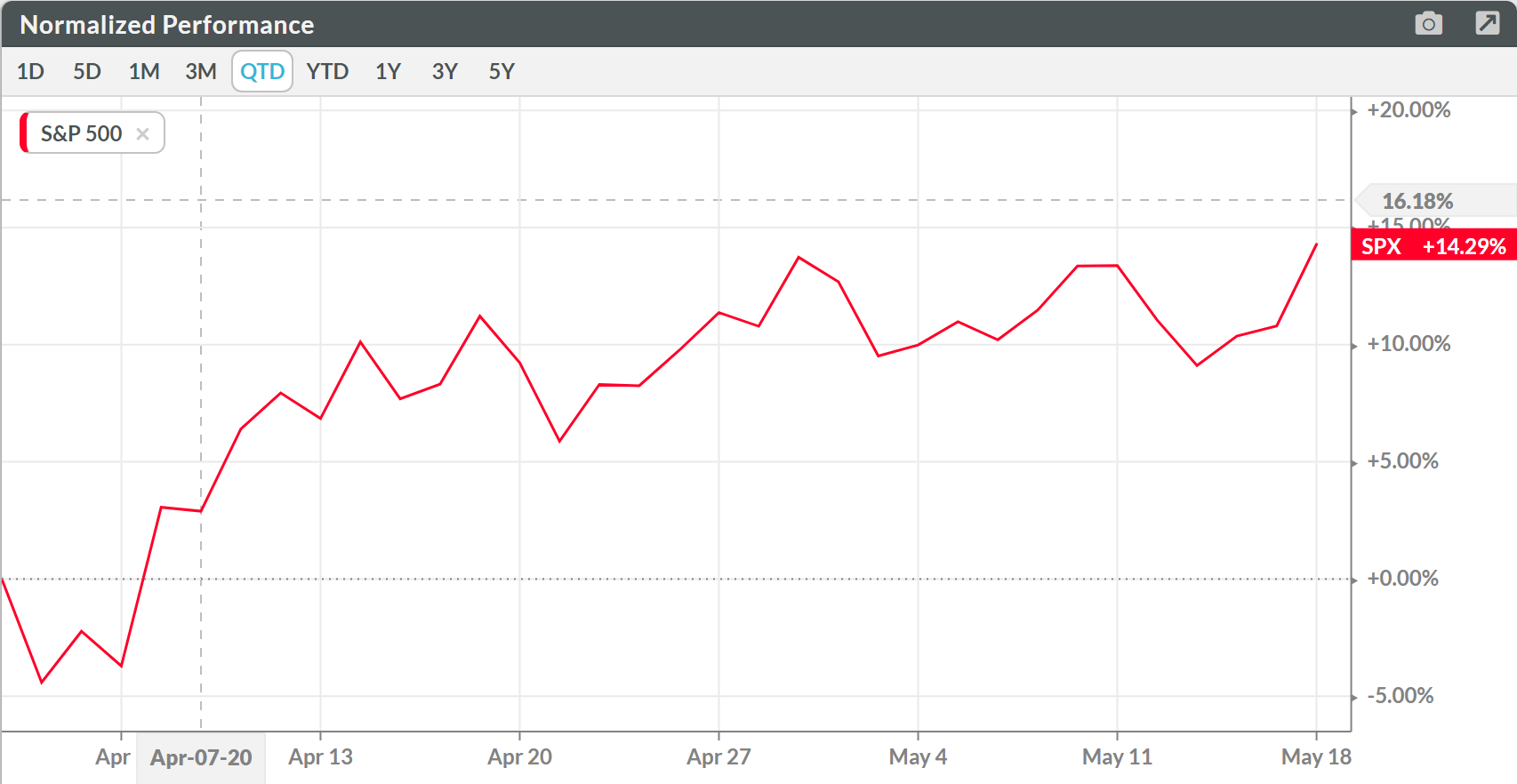 Why does the market keep going up when the economic data is so grim?  How do we reconcile the recent equity market gains, particularly in the United States, with the poor state of the current economy and the weak outlook?

The answer involves recognizing that financial markets are forward-looking. Current pricing is based on expectations of the future. Markets are always incorporating new information and comparing it to current expectations. Investors are asking: Am I surprised by today’s news? Are things getting better than what I expected yesterday? Are they getting worse? Or are they about what I expected? 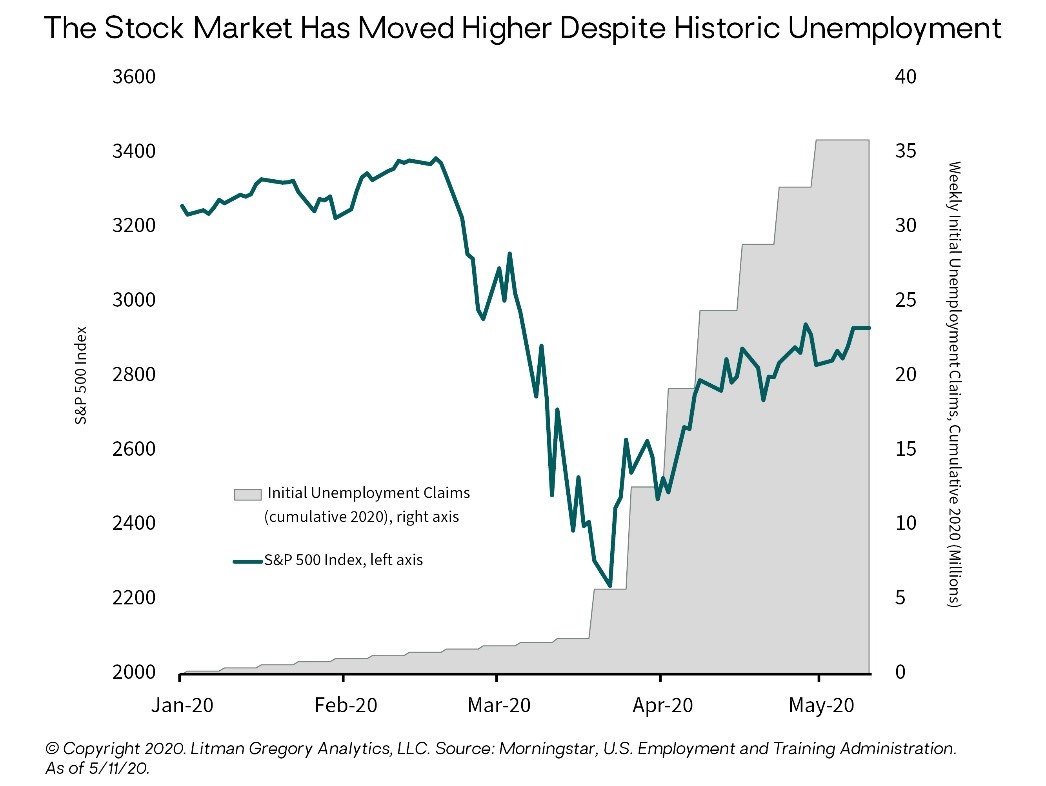 For example, hearing that 21 million people became unemployed in April (a month-over-month spike never seen before in U.S. history) and that the unemployment rate rose to 15% was terrible news. But however dreadful this sounded, it was already widely expected. Thus, the stock market did not sell off, as it had already factored in this news in advance. It wasn’t a negative surprise.

So, why does the market continue to rally in the face of negative news? No one knows for sure. There are so many variables that impact investor behavior. After all, financial markets are just like any other market: Prices are determined by the intersection of supply and demand at any given point in time.

The recent rally shows that investors think things are moving in the right direction. They seem to view the economy as a patient placed in a voluntarily induced coma, with government policy providing life support, to suppress the spread of the virus until we can resuscitate the patient and return to normal. Investors appear to be anticipating a rebound in the economy and employment starting in the second half of the year. This is based on a number of factors:

Despite the strong equity rally (the S&P 500 is now down only 12% in 2020), a great disparity has emerged underneath the surface of the broad stock market’s performance. Big Internet/tech stocks (names like Amazon.com, Netflix, and Microsoft) have generally held up well this year or rebounded strongly. The tech-heavy NASDAQ Index is actually positive for the year. In contrast, economically sensitive stocks in energy, financials, and other “value” areas have lagged. They are down around 24% so far this year. This suggests investors remain concerned that a strong economic rebound in the near term is less likely and that it is safer to hide in more defensive areas of the market.

We all hope the positive scenario that the overall stock market is currently factoring in does in fact play out and life starts getting back to normal. But hope is not a strategy. From an investment perspective and based on our understanding of the virus and all the unknowns still associated with it, we think that a near-term positive outcome is far from certain. There is significant risk that the market’s current outlook is overly optimistic. In which case, at some point in the next several months, the incremental news could be very disappointing relative to current expectations. Stocks may then decline as the optimistic scenario fades.

While we don’t have certainty or even a high degree of confidence in any particular scenario playing out, we do encourage preparing your portfolio for any number of scenarios.  If you would like to talk further about your own portfolio and allocation, please call us anytime. We are happy to talk through the right strategy for your situation!!

Certain material in this work is proprietary to and copyrighted by Litman Gregory Analytics and is used by Meridian Financial Partners with permission. Reproduction or distribution of this material is prohibited and all rights are reserved.

For Better or Worse