Just because you are eligible for Social Security benefits doesn’t mean you should start taking them right away. We often hear our clients ask about taking social security as soon as they are able, using reasoning such as:

From Hartford Funds: “Social Security was never really intended to be the sole source of income for older Americans. Originally developed in the 1930s to supplement employer-sponsored plans and other personal savings, it’s now become the major stream of income for many retirees.”

As of today, you can receive benefits as early as age 62, but the monthly benefit will be significantly lower than the amount at full retirement age (age 67 for those born 1960 and later) and much lower than if you wait until age 70. You receive an 8% raise in your benefit amount for each year you delay until age 70.

In many client retirement plans, we advise that they tap into their own savings to satisfy income needs while they wait for higher benefits at full retirement age (or age 70). For most people, the approximate breakeven age for taking early benefits vs. delaying is 80 years old. Meaning that you will have gotten more out of the system if you live past age 80 if you waited to take your benefits.

Somewhat obviously, another important thing to know is how much you can expect to receive from Social Security in retirement. As with most other entities, the Social Security Administration has done away with sending paper statements to most people. So, go to https://www.ssa.gov/myaccount/retire-calc.html to create an account and view your estimated benefits. You can also view the estimated amounts at different ages. Finally, you can view your earnings record on which the estimates are based. Not only is it a good idea to check for accuracy, but it’s also fun to see what you earned the first year you received a W-2.  Personally, I made $566 in 1993! 😊

There are many other reasons to take or not take your benefits, such as taxes if you are still working or spousal benefits. So, please consult your advisor or other professional regarding your specific situation.

Much like social security becomes more important as you get older, so too does one’s hairstyle. Maybe that’s a bit of a stretch in order to tie in a kid pic, but I know that’s why many of our loyal readers (okay, maybe just family members!) click on these blogs in the first place!

Our son recently had a pretty major hairstyle change, and I do think it makes him look much older! 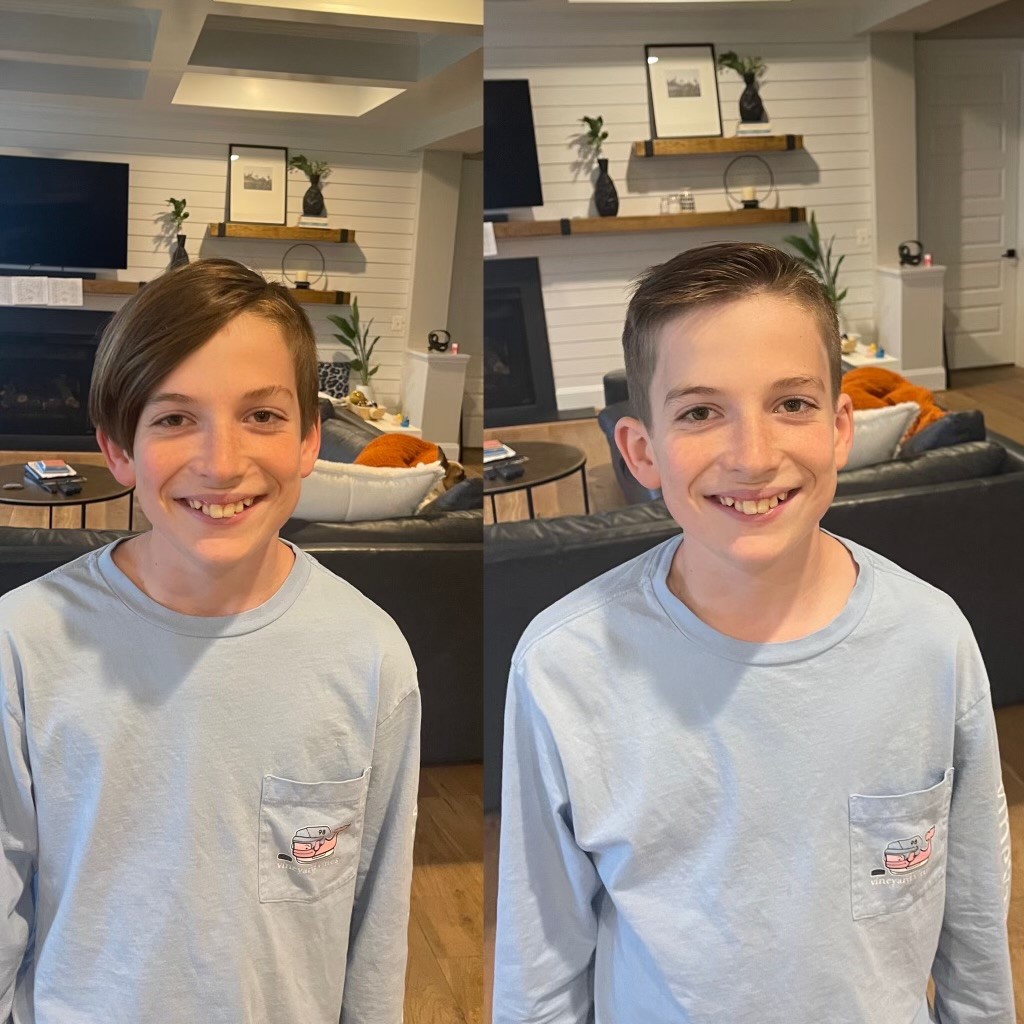 He may not be planning for social security just yet, but he’s not too far from his first job if I have anything to say about it!

An 8% Raise
Tagged on: Social Security