Investors and the Terrible, Horrible, No Good, Very Bad Quarter

It has been a rough start to 2022, and as quarter numbers are finalized, they are just confirming how rough it has felt for all investors:

The only thing that is positive in 2022 so far is energy prices—and we’ve all felt that at the gas pump the past month.  For the year, the S&P is down 4.6%, followed by real estate, international markets, and even bonds.  Bonds are usually a stabilizing asset in a portfolio, but after facing hits from inflation and interest rate hikes, all bonds have had a rough go of it in 2022 so far! 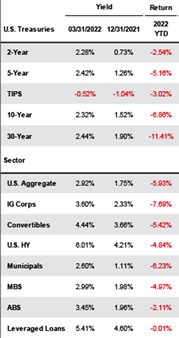 Investors have had to absorb headline after headline, including, but not limited to…

It’s no wonder that we feel so glum.

Consumer sentiment readings are at pessimistic levels not seen since the start of the pandemic.  Investors just feel discouraged about their future prospects (financially and otherwise): 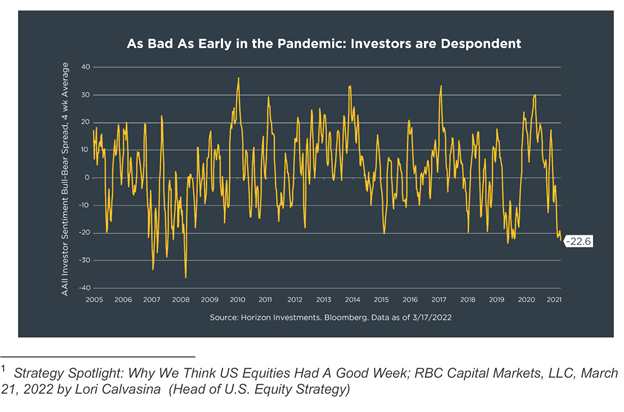 Which is interesting, because on the glass half full side, American households have record breaking levels of net worth:

With plentiful jobs to be had across our economy: 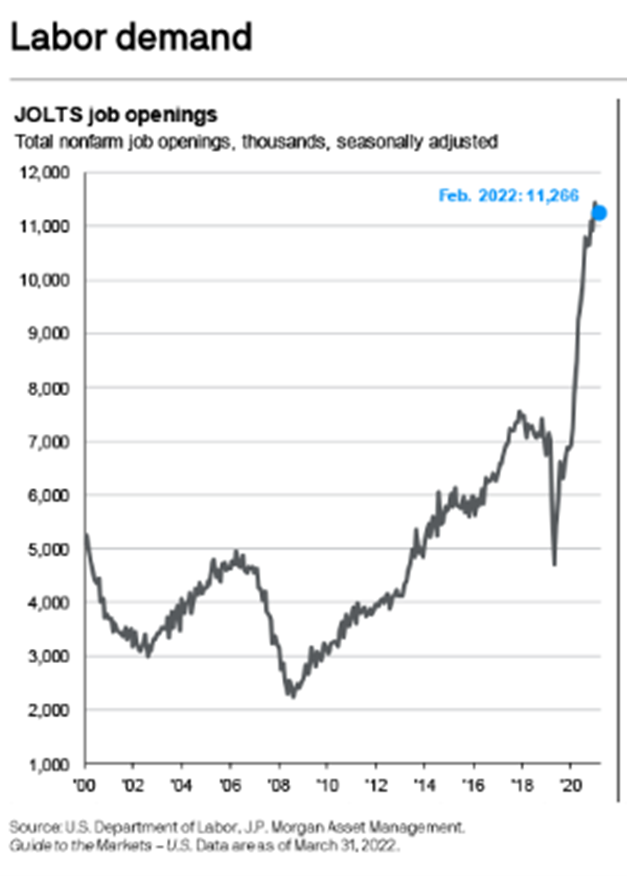 And wages are moving up for all occupations:

So while the past quarter has been tough on all investors, we are reminding ourselves of a couple of things… 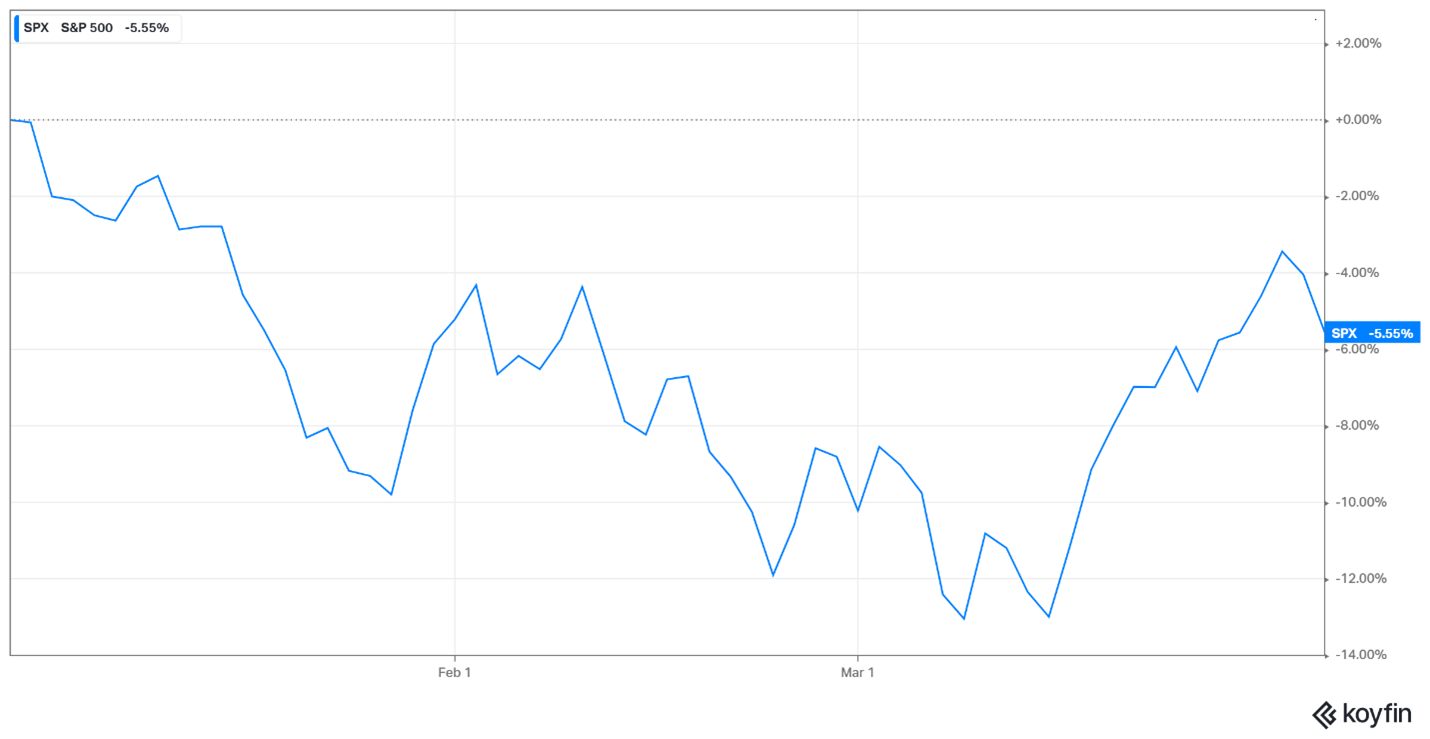 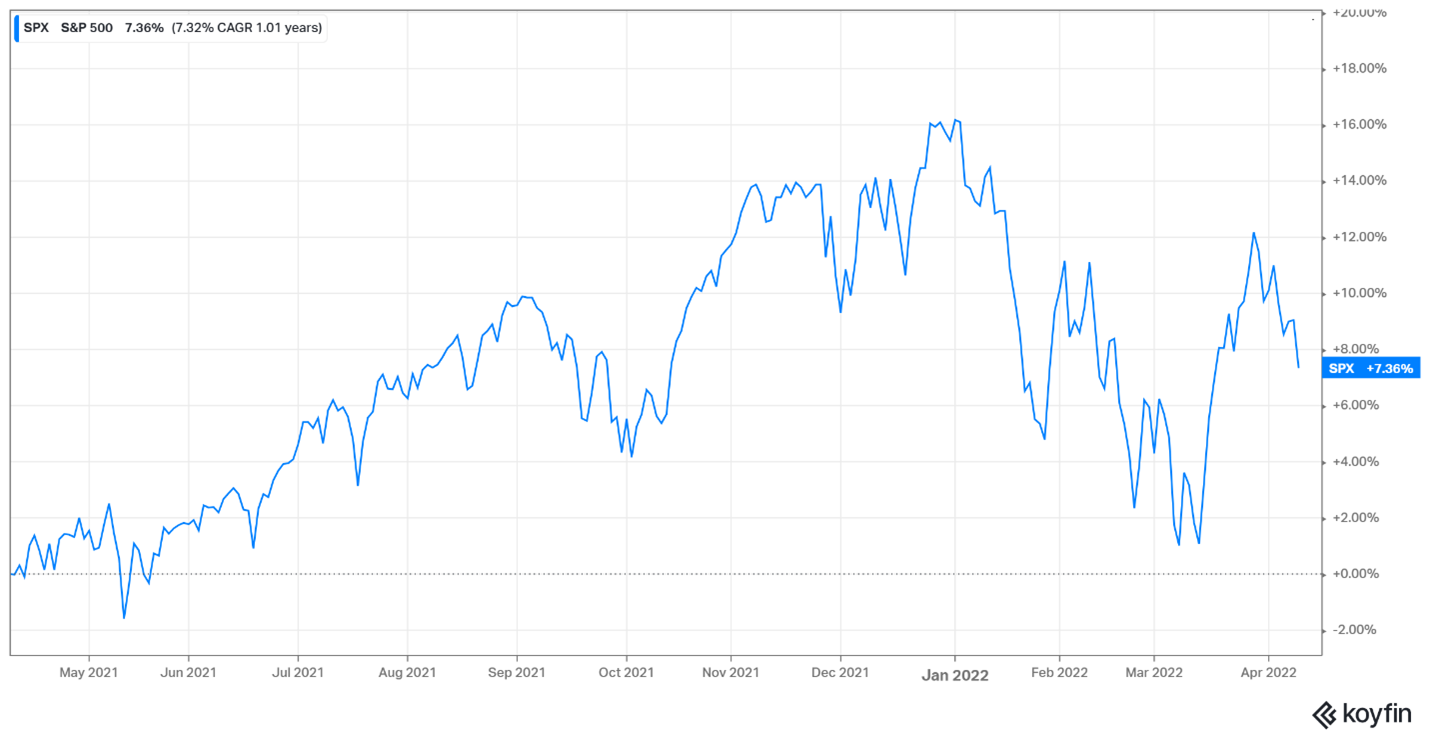 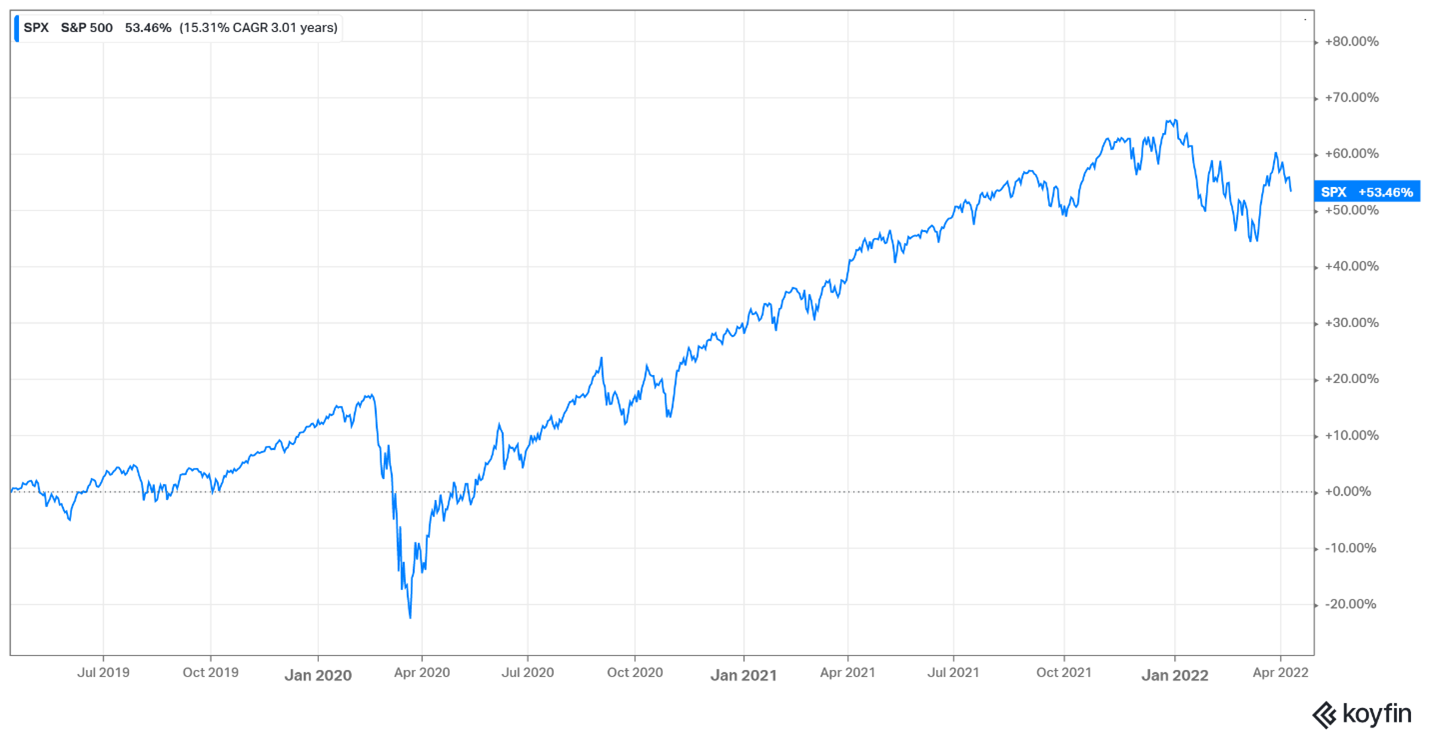 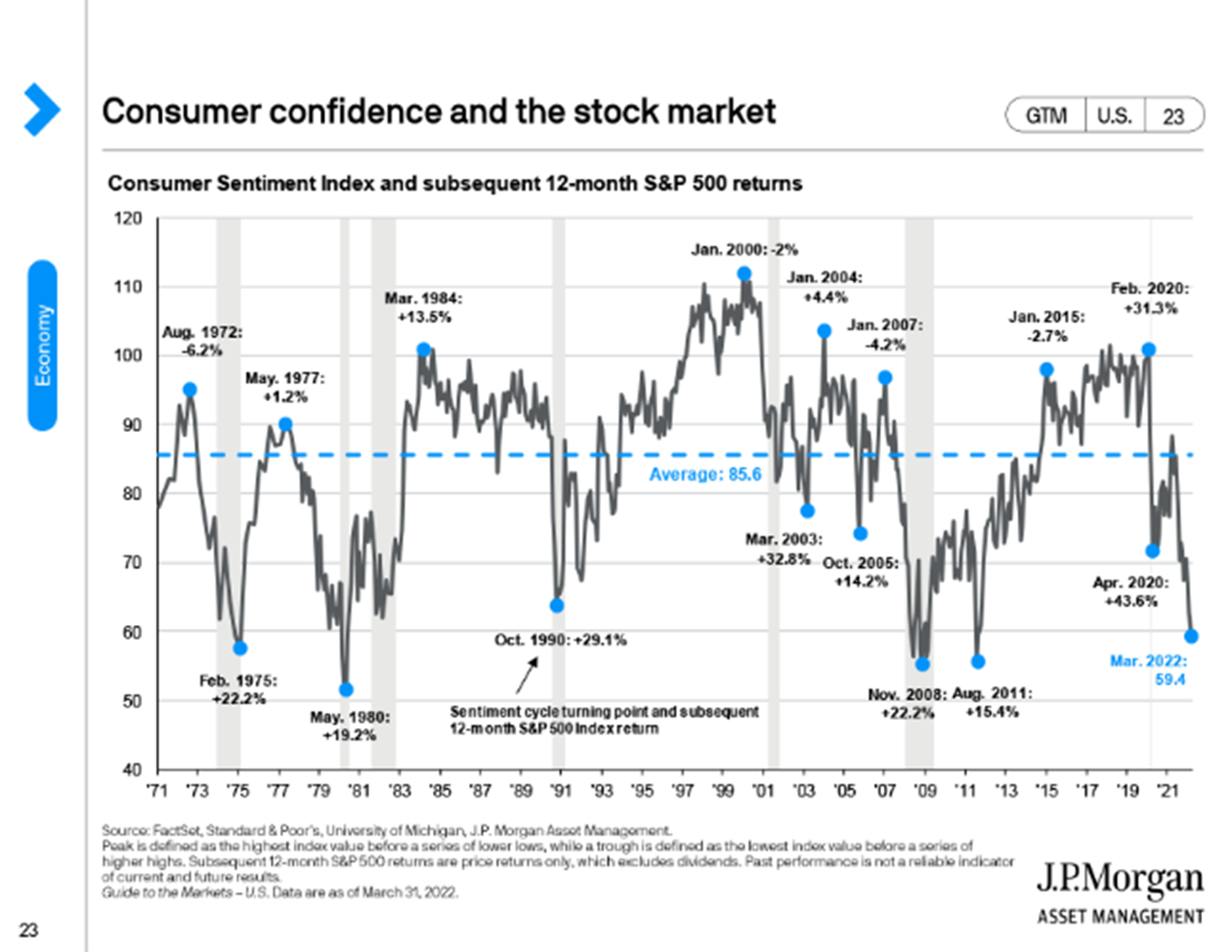 And, one final note of optimism…April tends to historically be one of the strongest months in the stock market.  Per investment research firm, Bespoke Investments, “April may bring showers in terms of the weather, but historically it has been one of the greener months of the year.  Over the last 100 years, the Dow’s average gain of 1.46% with positive returns 62% of the time ranks as the third-best of any month behind July (1.65%) and December (1.52%).  In the last 50 years, the 68% frequency of positive returns hasn’t been the most consistent, but the 2.21% average gain is easily the highest of any month.  Likewise, the average gain of 2.21% in the last 20 years has also been the strongest of any month.  Not only that, but with just three down Aprils over the last 20 years, no other month during this period has been more consistent to the upside.” 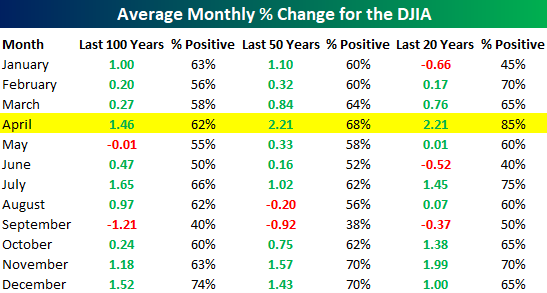 Investors and the Terrible, Horrible, No Good, Very Bad Quarter