I am not sure how many of you are fans of the hit Netflix show, Stranger Things, but my wife and I are pretty much addicted. Before I go any further, this is NOT a spoiler post, as we have yet to watch season 2, which was released this past Friday. I am sure some of you reading this have already watched some or all episodes, and for that, I am very jealous! For those of you who not aware, the show is a sci-fi thriller set in the 80’s. It is a very well-written show with some great actors, and as a child of the 80’s, I really appreciate the nostalgia the scenes and costumes provide.

While watching the show, we quickly realized that one of the main characters, Eleven (played by Millie Bobby Brown), shares a striking resemblance to our oldest son. Both the character and actress are female, but she has a shaved head in the show, making her look very boy-like. Being the wonderful parents that we are, we forced Coleman to dress up in costume and do a side-by-side comparison. The results were pretty hilarious, although they may cause some slight psychological damage to Coleman! He was a pretty good sport after some gentle coaxing: 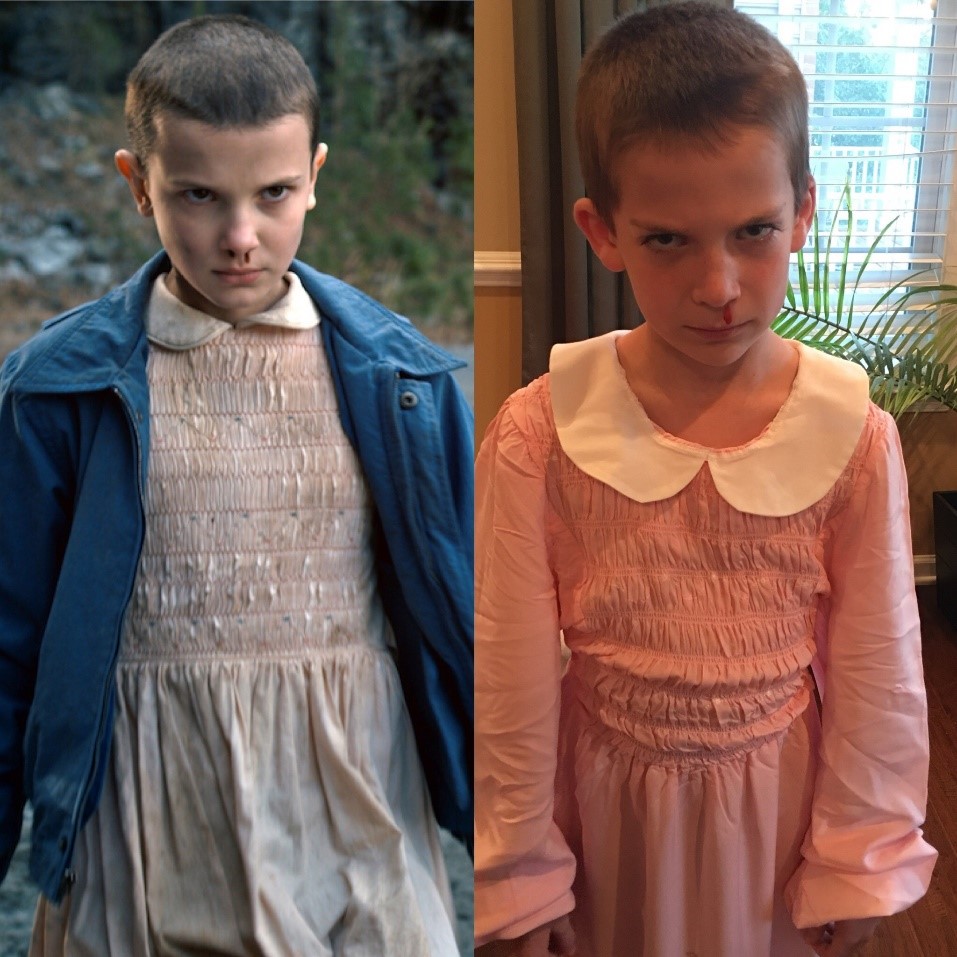 Speaking of the 80’s, we recently passed the 30th anniversary of Black Monday in the stock markets. On October 19th, 1987, the Dow Jones Industrial Average dropped over 22.5%. It is widely accepted as the largest one-day percentage decline in the history of DJIA. The cause of the crash has mostly been attributed to the rise of program trading that occurred during that time, which consisted of computers automatically (and quickly) selling at certain trigger points. There were also a confluence of other events that may have contributed to the crash; such as Iranian missiles hitting two US ships and general overvaluation of markets. Talk about stranger (and scary!) things.

The anniversary of Black Monday brought the inevitable headlines trying to make us all wonder if this type of thing could happen again. I have been taught to ‘never say never,’ but I don’t believe that type of one-day decline will occur any time soon. This is mainly because of safety measures that have been put in place in response not only to Black Monday, but also to other sharp market declines in 2001 and 2008.

The chart of the S&P 500 below is an interesting one to digest. The red dots show the lowest decline during the calendar year, and the gray bars show where the S&P ended up overall for the year. What is interesting is that in 1987, the S&P was still up 2% despite being down as much as 34%. 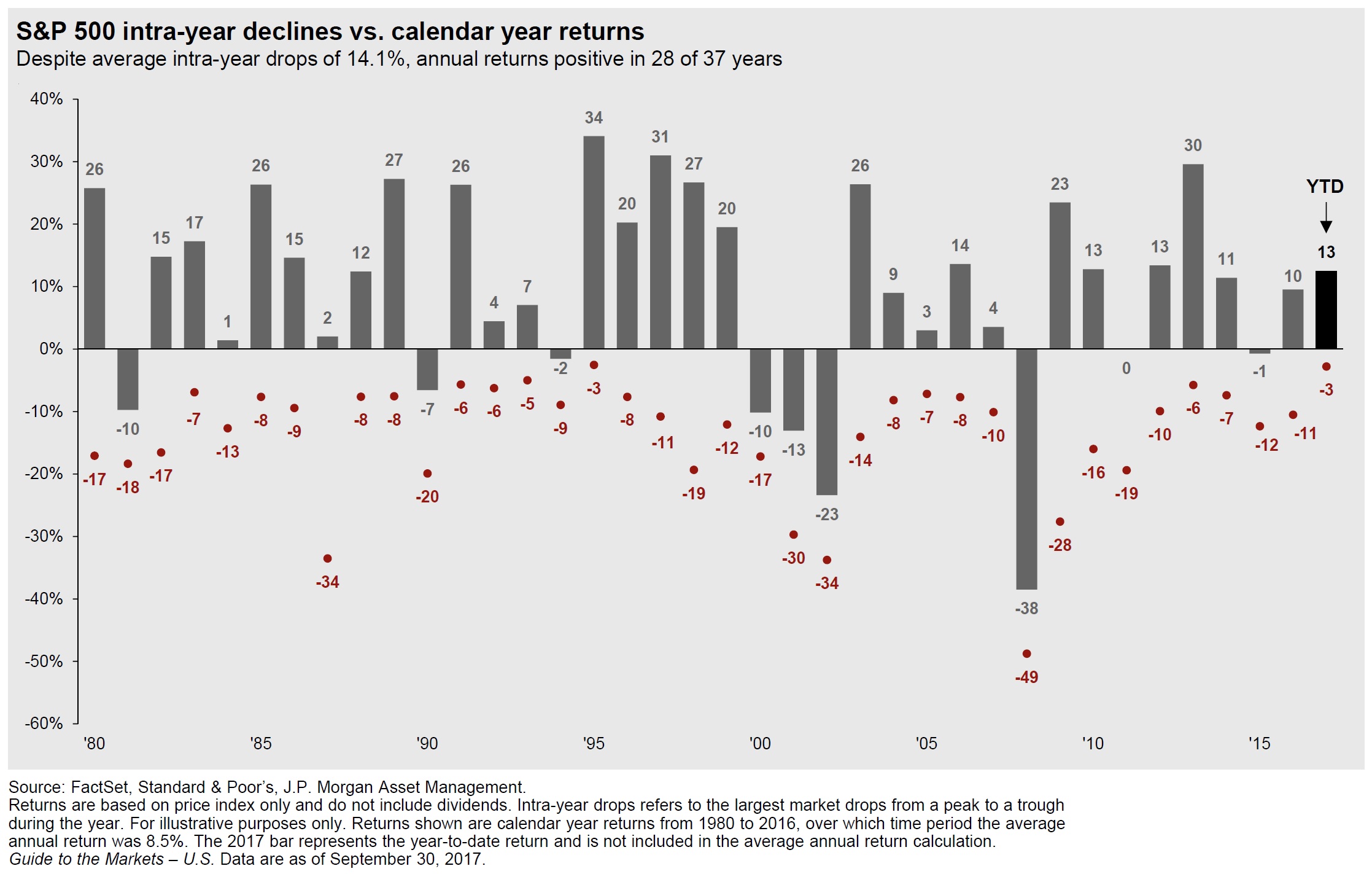 As Sarah and I have said in these posts many times before, investing for your time-frame and risk tolerance level remains the most important factor. Reacting irrationally to short-term downturns can cause irreparable harm to any financial plan – even if some of those short-term declines are extreme.

I hope you and your families have a Happy Halloween! And, for you Stranger Things fans, stay away from the Upside Down!