A Note from Sarah: “Our good friends down at Alpha Capital in Atlanta, GA penned this guest blog.  It happened to be almost exactly what I wanted to say in Meridian’s blog this week, so I asked if we could use it.  Happily, they obliged…enjoy!”

The stock market last week tested the fortitude of all investors.  The decline Monday of 1,175 points in the Dow was the largest one day point drop in history. The Dow had never lost more than 777 points in a single day. But in percentage terms, the declines of Monday and Thursday are nowhere near the worst. On Black Monday in 1987, the Dow dropped an incredible 22%. That’s the equivalent of a 5,250 point decline today.

Nobody likes volatility, but especially not downside volatility.  Investors were lulled into a false sense of security as the S&P 500 was up every month in 2017 for the first time in history.  Remarkably, we’ve gone nearly 2 years without a 5% drop in the market.

In examining calendar year returns for the US stock market since 1979, the average intra-year decline was about 14%, with about half of the years observed having declines of more than 10%. Roughly a third had declines of more than 15%. Despite substantial intra-year drops, calendar year returns were positive in 32 out of the 37 years examined. (Source: JP Morgan)

Bloomberg created this fascinating chart showing the least volatile ten years of the US stock market since 1945.  Those years were followed by very volatile years but still ended positive the majority (6/9) of the time.  2017 was the 2nd least volatile year over this 73 year time period. 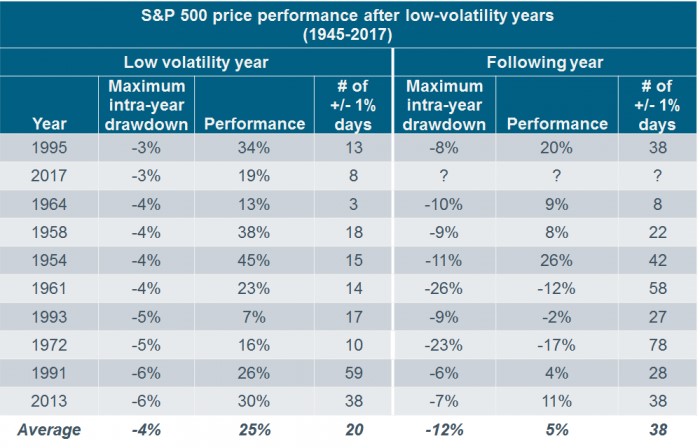 S&P 500 companies’ revenue growth has been very strong for the 4th quarter.  As of last week, about 70% of companies reported higher than estimated revenues for the last quarter of 2017.

Unemployment is near record lows, total output is rising at a faster rate, bond yields are up, oil prices have increased, and consumer and business confidence remain high. Every major economy around the world is growing in concert, simultaneously propelling and reinforcing a positive cycle. 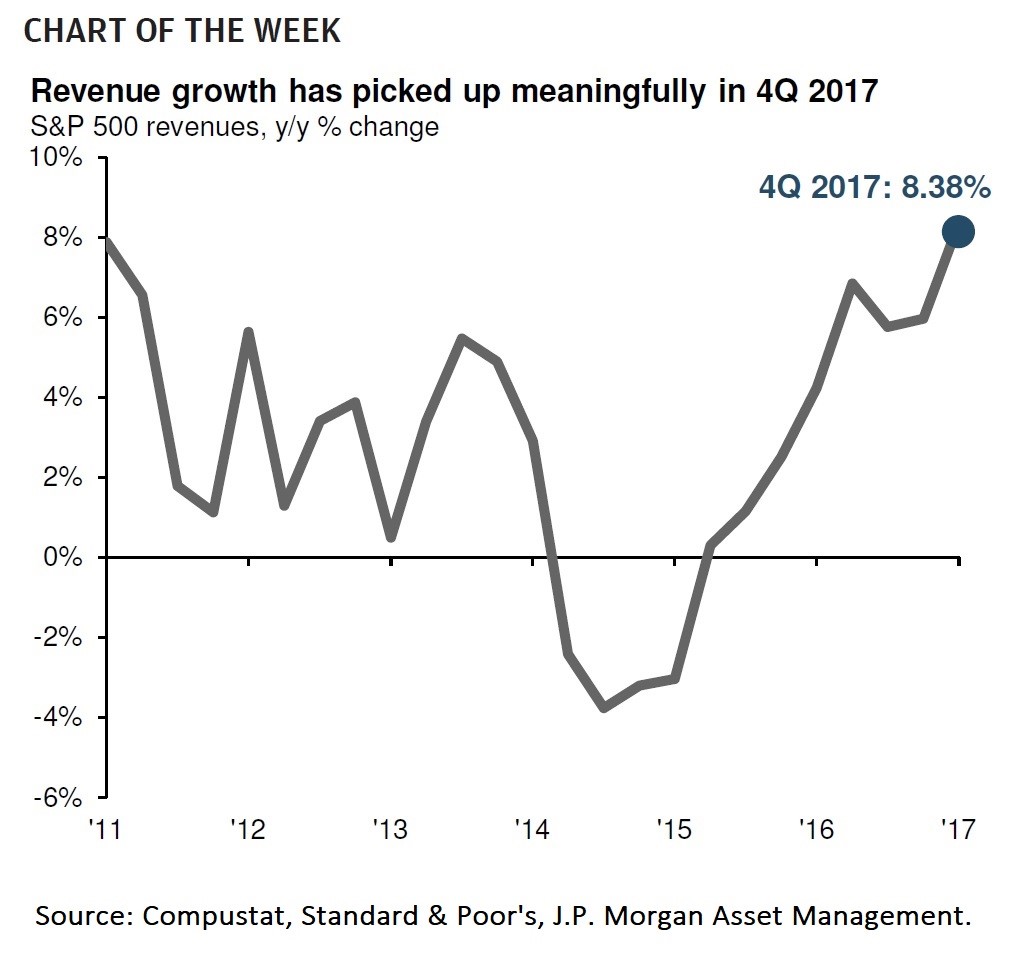 The stock market has always been volatile but most investors have forgotten this fact. Investors need to embrace volatility as it’s healthy for the market to cleanse the system of speculative investors and excessive leverage. If you can’t stomach daily volatility then you might want to re-examine your portfolio.  But to be a long-term investor in the stock market you must embrace it. 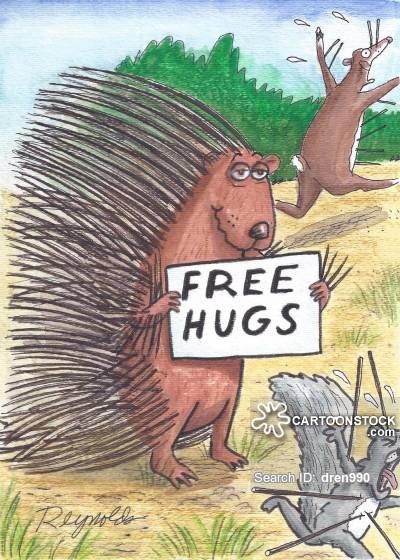 It’s Baaaack…(Volatility that is!)
Tagged on: Advice    Markets    Volatility