Lessons From A 10 Year Old Stockbroker 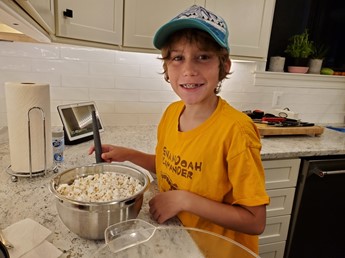 He is my 10-year-old and littlest child, and he is the best helper. Over Christmas break, Ben was helping me assemble a million new client packets, and he noticed the risk tolerance questionnaire that we include for every prospect to complete.

Ben was excited to find out that our clients take quizzes, and promptly sat down to answer the risk tolerance questions for himself.  Not surprisingly, he was extremely risk tolerant, being 10 years old…with no real understanding about money….or stock markets…or a general fear of losing money (which he actually does pretty frequently by forgetting where he puts his wallet).

Once Ben figured out that he should invest for aggressive growth, he asked what I do with that information, and I explained to him how we use that knowledge to prudently invest our clients’ money in a portfolio of stocks and bonds that matches their risk profile.  Ben got excited about the prospect of becoming an owner in the companies that make things he loves and wanted to become an investor. He asked if he could invest his allowance and Christmas money in stocks.

Obviously as a financial advisor, I was delighted in Ben’s desire to become an investor and in his interest in the capital markets, so I helped Ben open a trading account on Stockpile.  Stockpile is an app that is excellent for young investors.  We really like it because it has low trade commissions (99 cents per trade), and allows young investors to buy stocks in increments as low as $1.00.  Additionally, it has a very easy user interface, with stocks organized by brand, rather than company, which makes it easier to for young investors to select things they know and care about:

Both the app and the website have a good educational area with very basic information about investing, written in easy to understand language:

With his account open, and quickly funded, Ben went off to pick his stocks. Here’s his first list of companies he wanted to invest in: 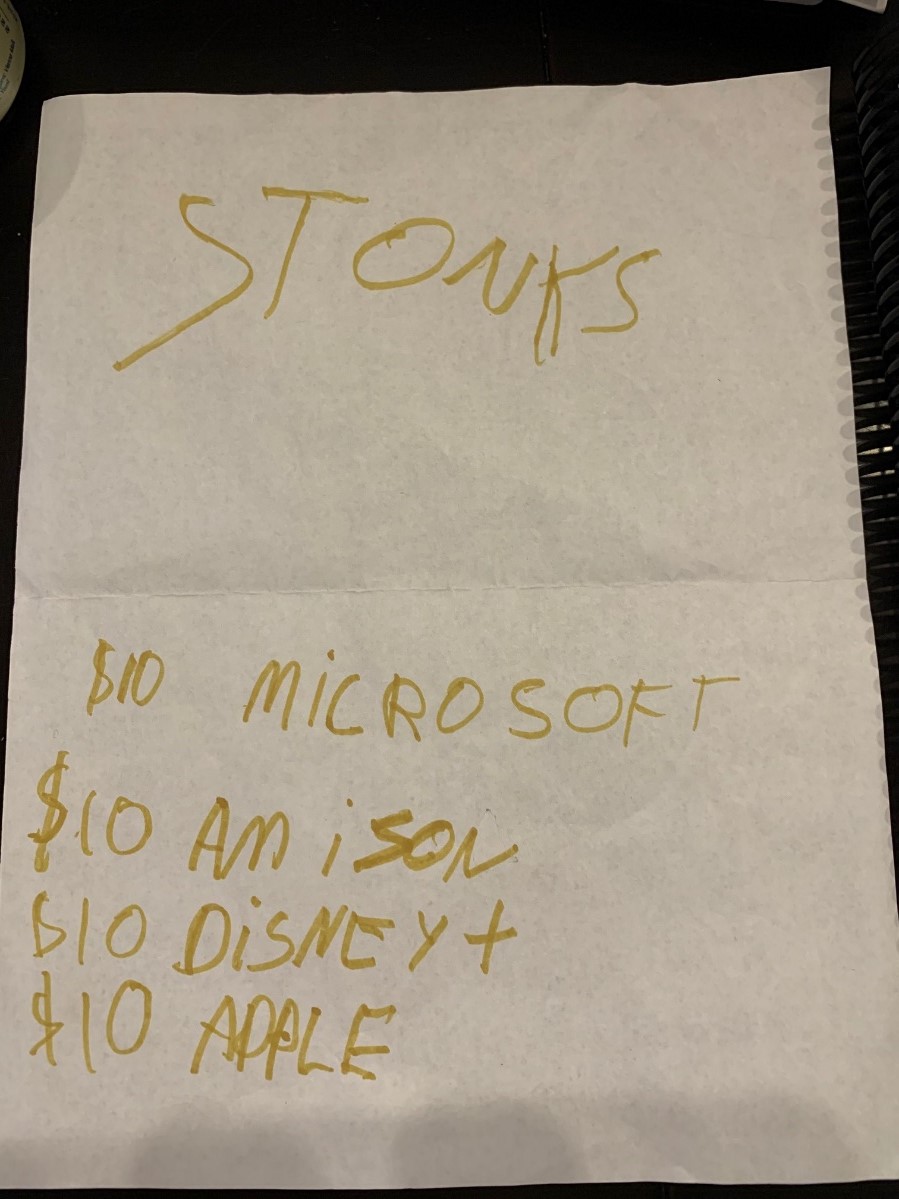 It has been funny watching Ben make first time investor mistakes…not because he shouldn’t, but more because the mistakes are pretty universal, no matter the age of the investor…a few observations:

Ben took a look at this chart and said “Looks GREAT!” and bought shares:

However this was just the chart from the recent trading day for Microsoft.  There is no real actionable information from 8 hours worth of trading data.   But, as investors, it is easy to get caught up in short term momentum, and our brains are wired to find patterns in any data set, so it is easy to forget to put more weight on long term fundamentals.

After Ben invested his first $40 into four separate stocks, he wanted to know why he had lost 10% (and why his account was only worth $36).   I had to explain to Ben, that paying $1 for every $10 trade puts him in an initial hole, and the stock has to grow past the initial transaction cost before he makes any money.  For investors, it’s important to keep the transaction costs for every transaction down, so the most amount of money gets put to work in the actual investment.

3. Frustration with moderate returns (i.e. not getting rich quick)

After about one week, Ben had made a little over a dollar, and was getting frustrated that he wasn’t earning a lot. However, I had to explain to him that he basically earned a dollar by doing nothing except having faith in the management of the companies he owned.  And, that actually earning over $1 on an initial investment of $40 was a very respectable one-week return of 2.5%.  As grown up investors, it is easy to get frustrated with smaller, “base run” investment wins instead of the huge “home run” winners, but as Ben and I discussed, the small wins add up—especially if the gains are reinvested and allowed to compound over time.

4. Time and patience are an investor’s best friends

It has now been about a month since Ben started, and he’s up about $2.50 on his initial investment.  He is excited (and added more to his account…buying Bitcoin.  Ugh.  This may be backfiring on me…).  I’m glad Ben is happy, and we’ve been able to talk about how “time in the market” matters more than “timing the market”, and if he is willing to stay invested and be patient, he should hopefully get rewarded over time as his companies grow.

Ben’s interest in his stock account has waned a bit (he’s no longer obsessively checking the app every night), and he’s back to doing usual boy stuff: 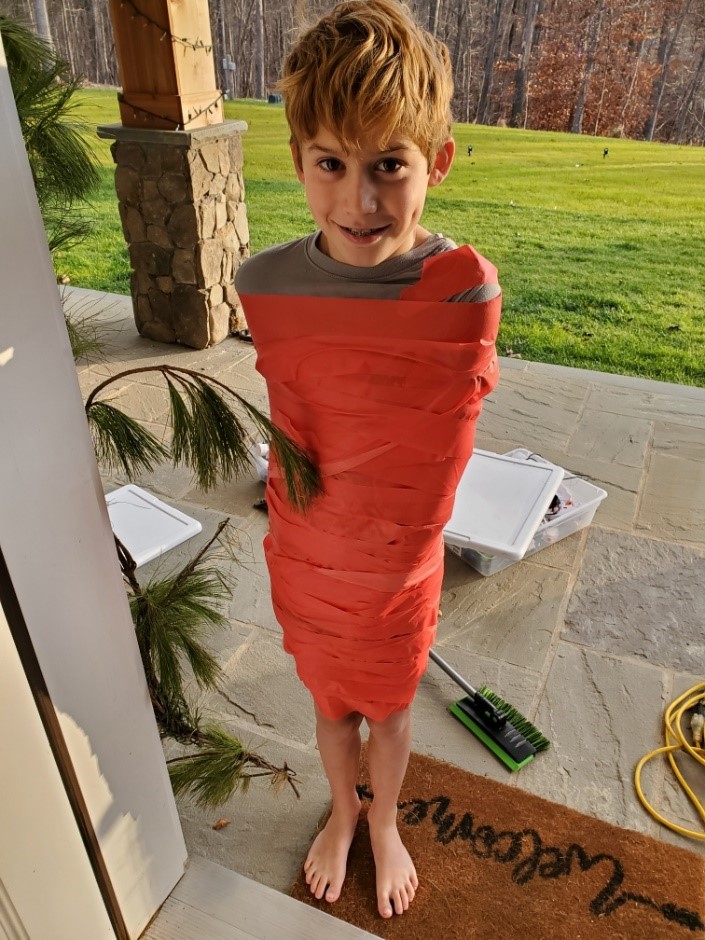 But, we are glad he had a moment of maturity and that he is off to a great start with his “stonks”.

Lessons From A 10 Year Old Stockbroker

One thought on “Lessons From A 10 Year Old Stockbroker”