My family and I just returned from a trip to see the Grand Canyon—we are all exhausted and overwhelmed with all of the beautiful things we saw.

None of us had ever been to the Grand Canyon before, so we had no idea what to expect.  A friend of ours tried to explain it by telling us there were simply no words to describe the sheer scale of it—and she was right.

The Grand Canyon was so vast that our eyes almost couldn’t make sense of it.  It just began to look like a fancy photographer’s backdrop…fake.  It was hard to wrap our heads around what we were seeing.  We could process the first near buttes and mesas, but after that, it was just like a painting…

Just as our brains have a hard time processing large distances and depths, our brains are also wired to focus on the very short term.  It is old news that our brains have a very hard time weighing long-term consequences for short-term behavior.  But studies from Princeton and other economists have shown that our short-term decisions are heavily influenced by the brain areas associated with emotion, while long-term decisions are typically approached by our brains with logic and rational facts.

Which is why it is hard to stay calm and rational when the market looks like this last week:

Our short-term brain kicks in, and our emotions start nudging us to act—to panic and sell or to jump in for a quick profit.  However, neither are healthy nor rational approaches.

What we do know is that the market looks like this over the last 10 years: 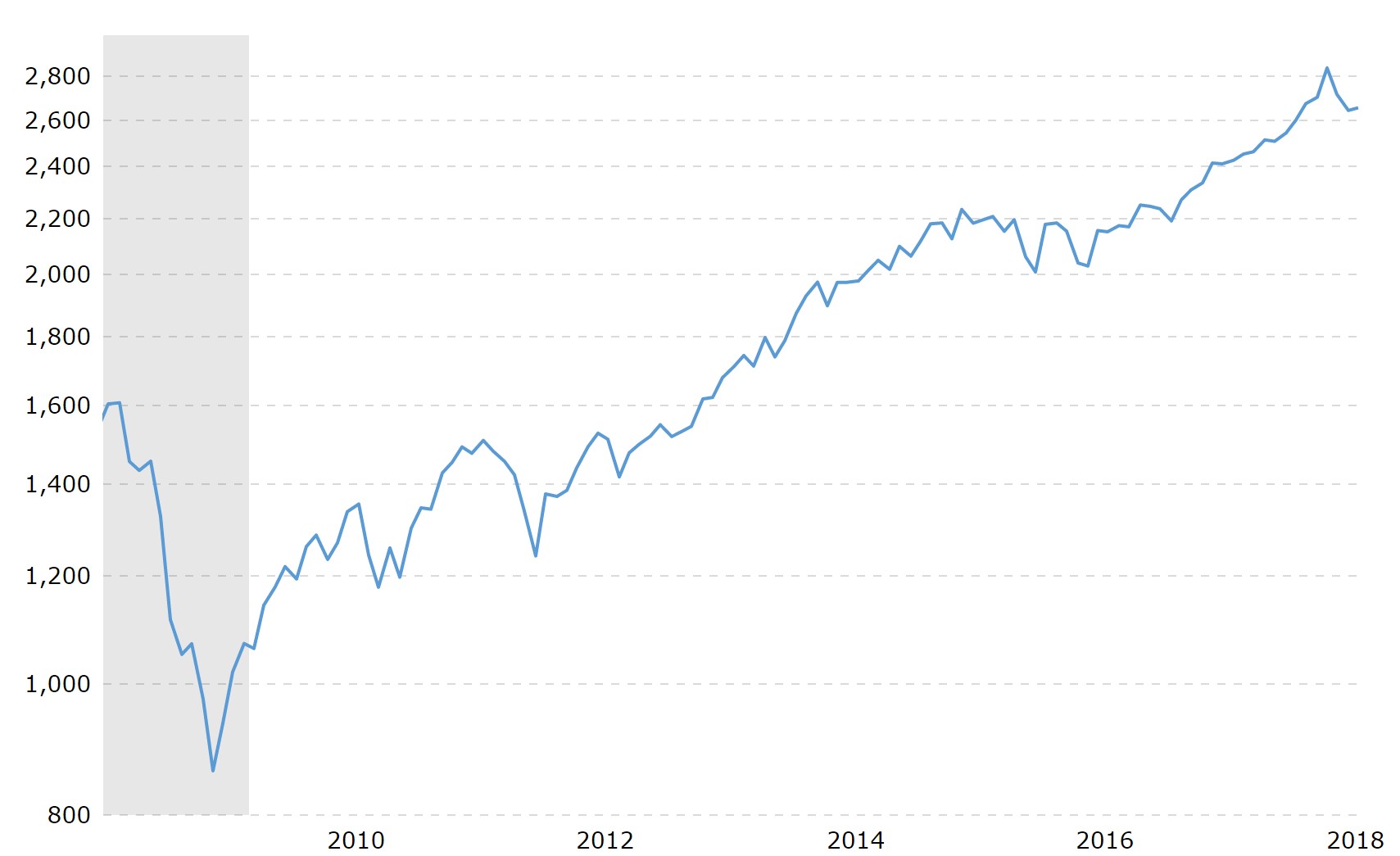 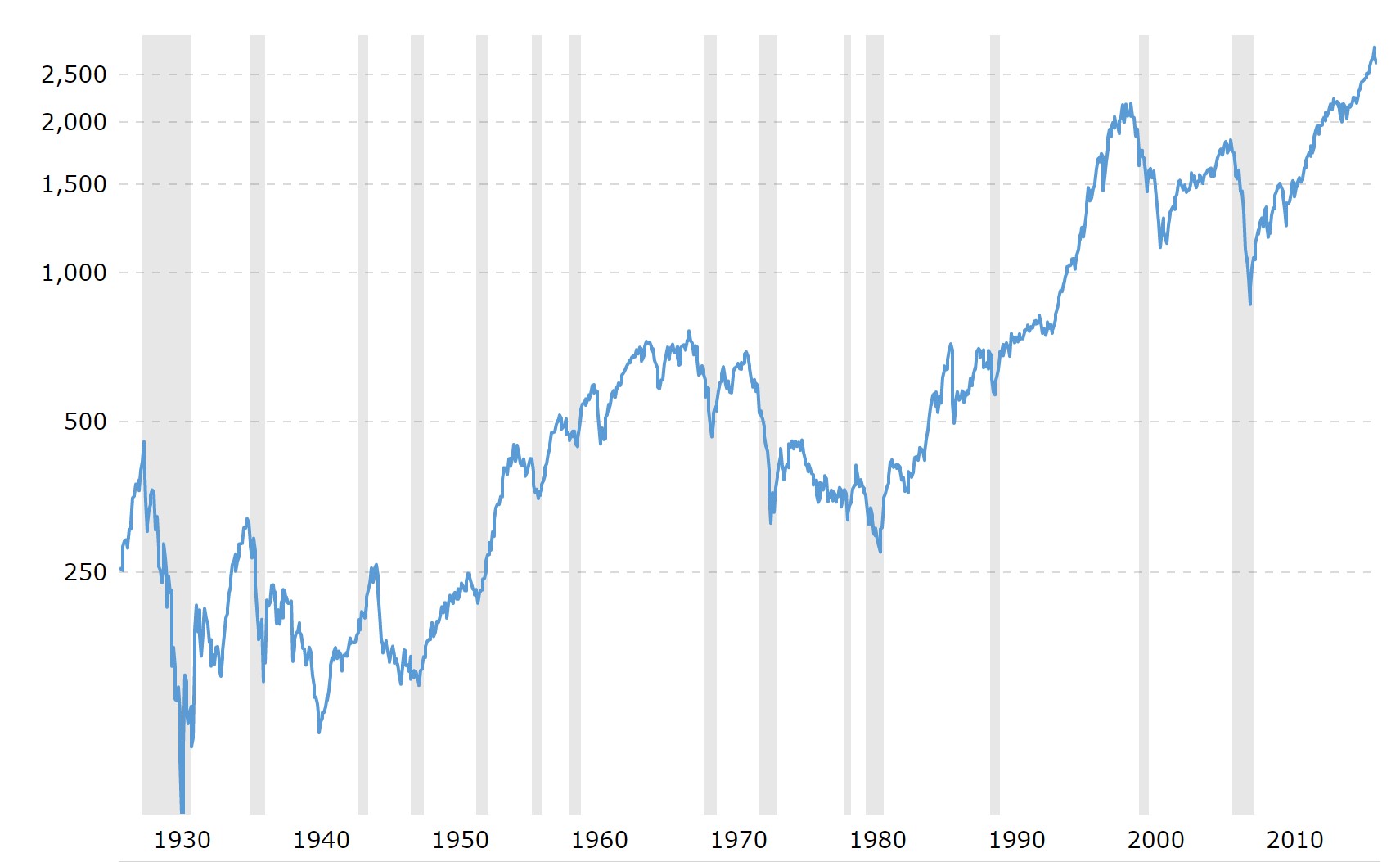 Over long, long periods of time, investing in the stock market has rewarded patient investors.  We also know that missing just the ten best days in a 20 year time span can dramatically impact returns, as this chart from JP Morgan shows: 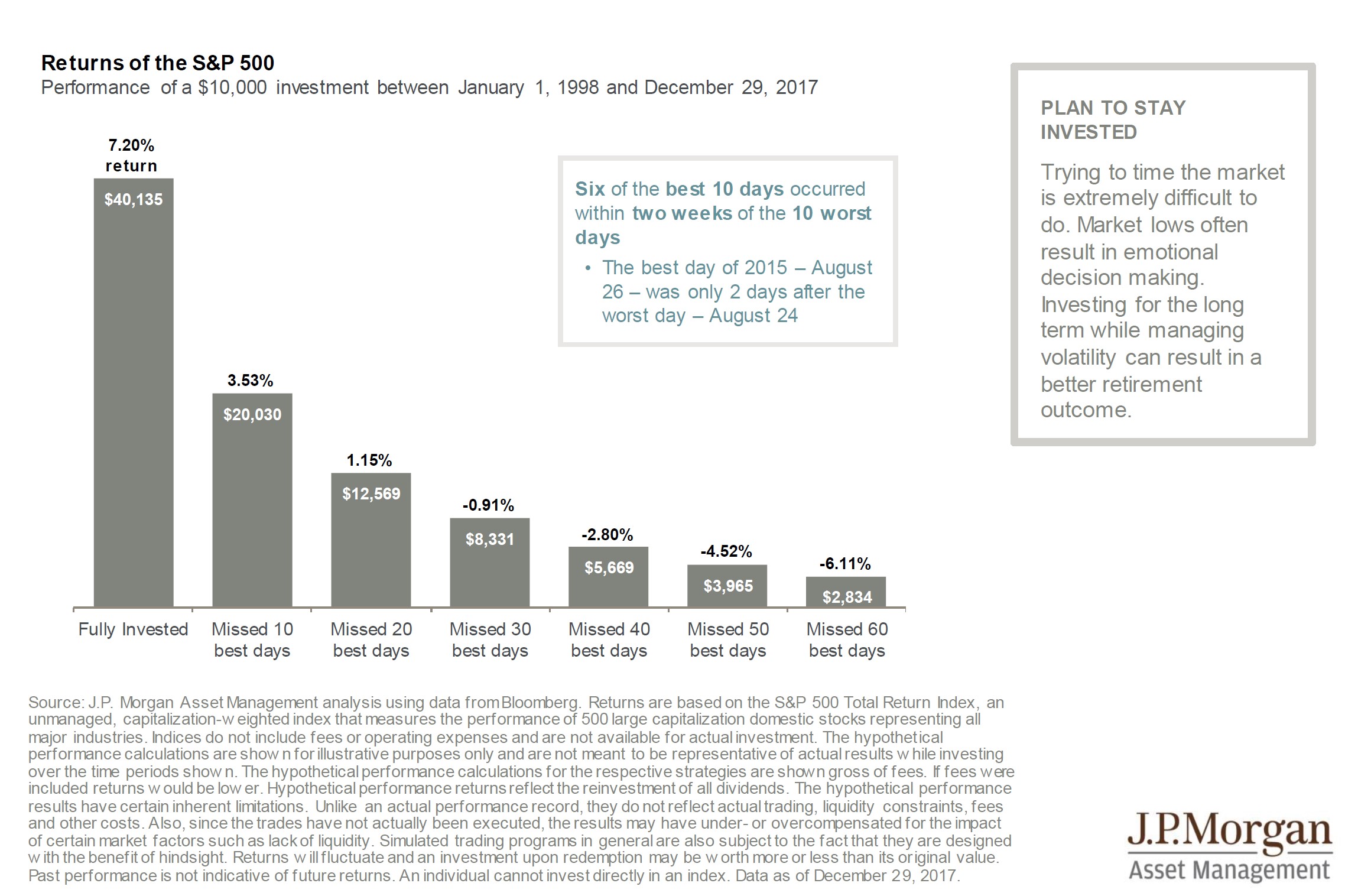 So despite our brains’ preferences for close, short-term things, we are better served by stepping back and trying to absorb the whole big picture and allowing our rational, logical brain to work!