With Apple and Tesla completing their stock splits last Friday, we’ve been talking to lots of investors that have become interested in their stock…which sort of baffles us, as the basic principle of a split doesn’t alter the fundamental value of a company in any way.

When a company decides to split their stock shares, they issue a certain number of new shares—sort of a ”bonus” for every one existing current share.  For example, a 2 for 1 stock split means that for every one share currently owned, after the split, you will now have two shares. So, the company will essentially issue one extra share for every share owned.  Because of this, the stock price adjusts proportionately to reflect that more shares split the same revenue and profit stream: 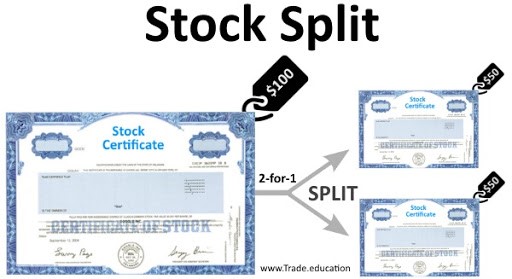 Recently, Apple announced a 4 for 1 stock split. So, for every one share of Apple you owned on the record date of August 24th, on Friday (August 28th), you received an additional three shares of Apple—and now have a total of 4 shares.

This split, in theory should reduce the existing share price proportionally,  so that existing value of a company is unchanged.  As an example when the stock split on Friday, Apple was trading for $496 per share. Because every old share at $496/share is now 4 shares, the stock opened around $125 on Monday ($496/4 = $124).

As Bloomberg columnist, Lisa Abramowicz put it…a stock split is like exchanging a $5 bill for five one dollar bills.  The value doesn’t change, there are just more bills outstanding.

So, while in theory a stock split should not make a stock any more valuable than on the day it was announced, both Apple and Tesla stock prices took off after the announcements!  Apple went from $384 per share to $426 per share.  Tesla jumped 61% since they announced a 5 for 1 split…from $1374/share to over $2,400/share!!

In other words, the value of Tesla as a company jumped $188 BILLION after they announced they were going to split their stock shares:

This does not seem rational, and particularly given that Apple’s history after a split is not good. A CNBC article has pointed out, Apple has split four times in its history, and the subsequent 2 week performance has not been promising. 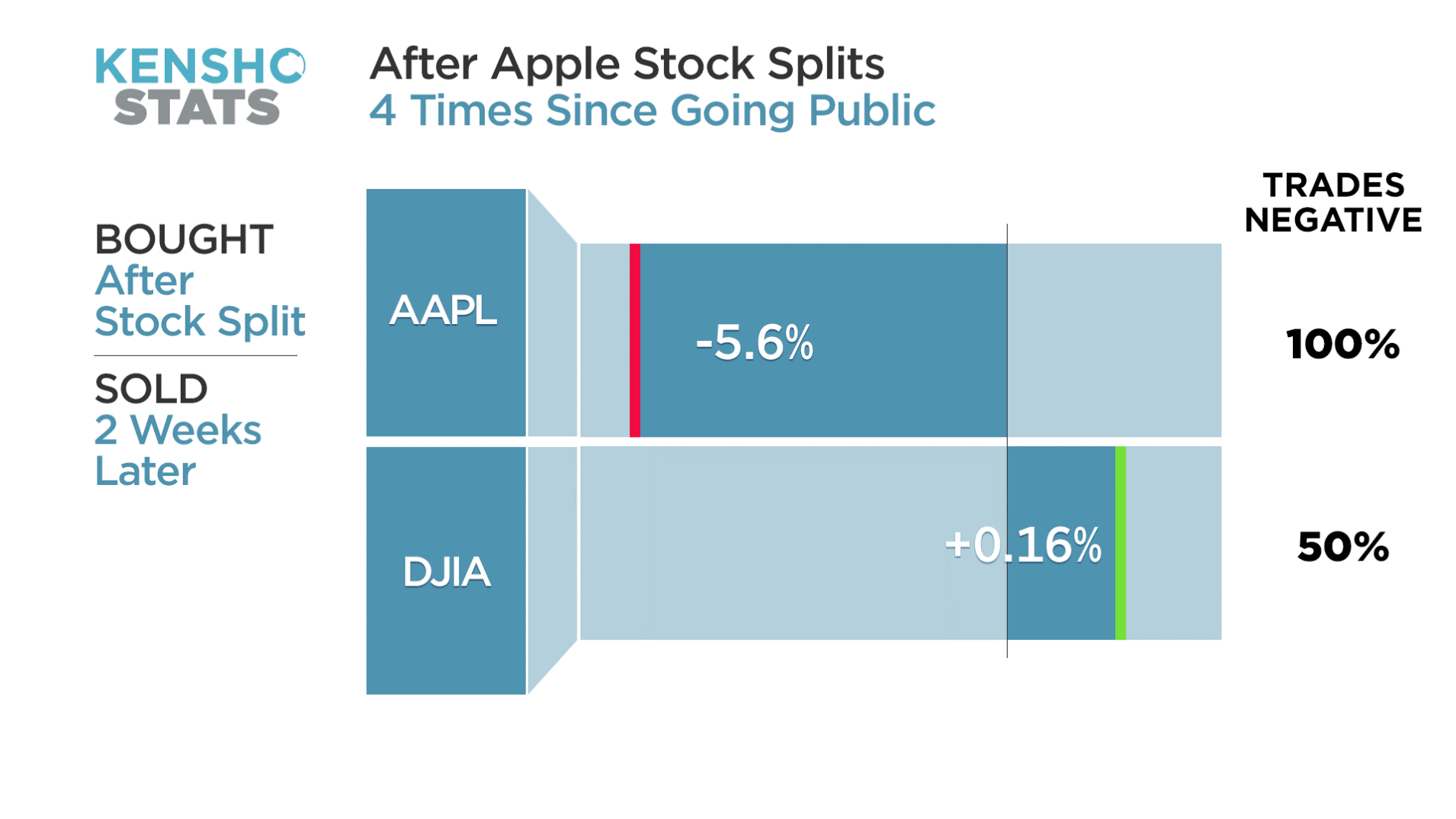 So, it is interesting to us that there is renewed interest in buying shares of Apple and Tesla simply because of the stock split. It doesn’t make logical sense.

Some observers will argue that a stock split helps a stock become more affordable to smaller investors.  For example, before the stock split, Tesla was hard to buy in small amounts at over $2,000 a share.  Now, a share is trading near $450 (but you only own 1/5 of the profit stream that you did before…).

While not logical at all, what does seem to be at work in a stock split is a cognitive bias called anchoring.  Cognitive bias is a fancy term for ‘shortcuts’ that our brains take to process information quickly.  Anchoring is the brain latches onto the first known fact they hear, prior to making a purchase and then base their decision on that fact.

Anchoring is the common trick of a store that states the original price of a product, and then marks it on sale (ahem…Kohl’s).  Our decision making process is anchored to the original price in determining the item’s intrinsic value—and our subsequent evaluation of the ‘deal’ we are getting. 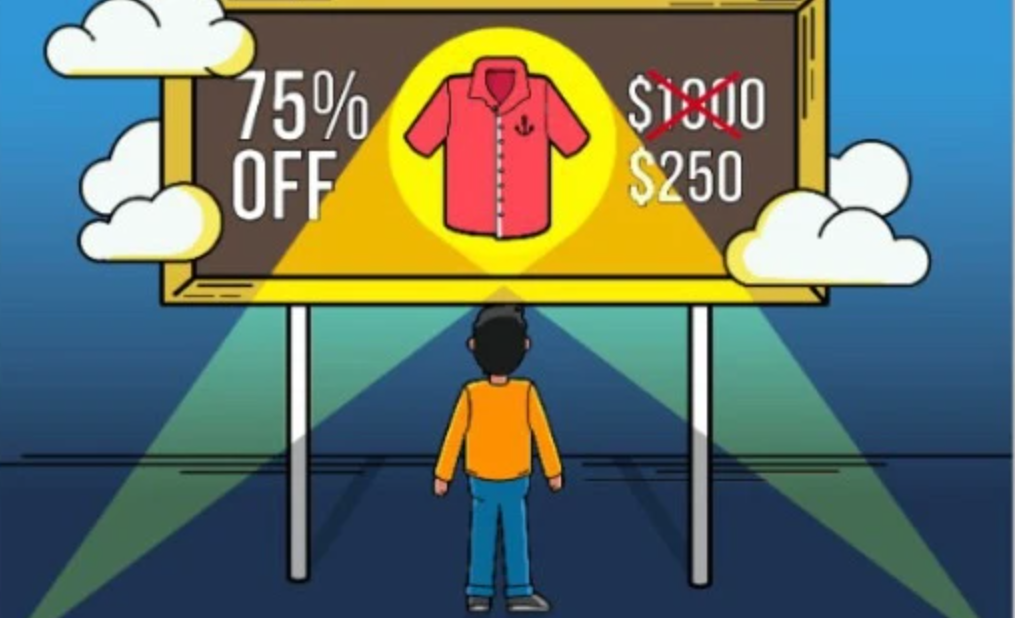 In the stock market, our brains use recent price activity as a proxy for the value of the company.  So, now that our brains have seen Apple reach $496/share or Tesla reach $2,400/share, our brains tell us the opportunity to buy a share of Apple for $126/share or a share of Tesla $480/share, we are getting a bargain.

Knowing our own cognitive bias, and being able to separate from that is key in deciding whether to buy a stock before or after it splits. If Apple was too expensive at $496/share to you, it should still be pricey to you at essentially $125 for .25 of an old share.

Evaluating whether to buy a stock after a split should be based on your belief that the company has great growth prospects, and that the price you are paying is a decent price for the earnings potential.  Then, you need to be prepared to be patient. Not just Apple has suffered from post-split blues. In fact, a DePaul University study showed that many firms experience a big price bump before the split and then muddle a bit after the split…so patience is truly a virtue!  And flexibility…